Oliver Stone Says His ‘JFK’ Documentary Will Premiere at Cannes 2021 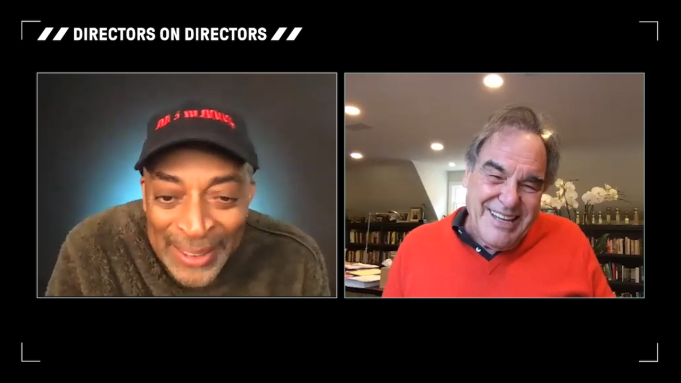 During Variety’s “Directors on Directors” interview with Spike Lee, Oliver Stone revealed his documentary about President John F. Kennedy will premiere at the Cannes Film Festival this year.

“It’s not for the American side of it,” Stone said. “Cannes invited us for July, or June, of this year. That’s a big step for us because, at least, if it can’t be recognized in America as a document, it will be recognized in the end by international people. And that’s important.”

Stone explained he is having a hard time finding a distributor. Both Netflix and National Geographic turned down the documentary as a result of an unapproved fact check.

“Where are you going to find this information except in this film,” Stone questioned. “If they do a fact check, according to conventional sources, of course it’ll come out like that is not true.”

The JFK documentary is based on facts that came from Stone’s 1991 mystery thriller “JFK,” which sees Kennedy’s assassination as a conspiracy. Stone noted the film kicked off the assassination records review board for five years to clarify the case’s facts, which the documentary goes into.

“It makes the case harder, tighter,” Stone said. “It’s about real facts that are shocking to people.”

The Cannes Film Festival itself was cancelled due to the COIVD-19 pandemic. It confirmed last month the festival will take place in July, instead of the traditional May, in light of France dealing with its second wave of COVID-19.

“I have to see it in Cannes, where I’ll be president of the jury,” Lee said.

Watch the full “Directors on Directors” conversation below: