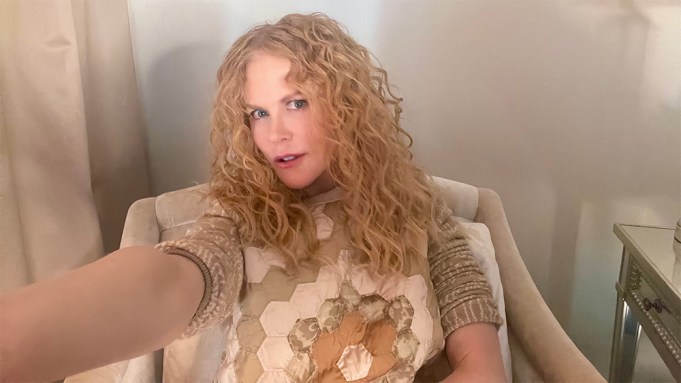 As far as the internet is concerned, Nicole Kidman must be practicing how to scheme with Ethel and gulping mouthfuls of vitameatavegamin as Lucille Ball in an upcoming biopic about the star comedian.

But in an interview for Variety‘s Actors on Actors TV issue, on newsstands this week, Kidman revealed to Chris Rock that “Being the Ricardos,” the movie that she’s currently filming, will tackle some serious themes. Javier Bardem plays Desi Arnaz in the film written and directed by Aaron Sorkin.

“The strange thing about Lucille Ball is that everyone thinks we’re remaking the ‘I Love Lucy’ show, and it’s so not that,” Kidman says. “It’s about Lucy and Desi and their relationship and their marriage. It’s very deep, actually.”

Kidman then explains some of the ground that the movie will explore. “She was a trailblazer,” Kidman says. “She formed her production company. Desi was Cuban, and she had to fight to get him on the show. They had just so many things in their marriage that are so relevant today, and what she was also dealing with in terms of everything that artists deal with, where you’re up against big corporations. And you’re like, ‘No, this is art.'”

In April, a set photograph of Kidman as Ball went viral online, featuring the actor in a red wig and green dress reminiscent of something Lucy Ricardo would wear.

Kidman tells Rock that she had to work hard to master Ball’s voice. “I’ve had to put in an enormous amount of time on Lucille Ball right now, because she has a very particular way of speaking,” Kidman says.

Rock replies: “Lucille Ball has this thing. She could learn anything in a weekend. So they would, like, write something on the show where she plays the tuba, and she would go, ‘I can’t play the tuba. Give me two days.’ She’s Mount Everest. Just one of the most talented people to ever roam the Earth.”

To which Kidman says: “I am way out of my comfort zone right now, Chris. I’m free falling.”

Kidman and Rock united over Zoom to talk about their latest TV turns, which are generating Emmys buzz. Last winter, Kidman starred in the HBO limited series “The Undoing,” playing a wealthy New Yorker whose husband is accused of a grisly murder. Rock plays a crime boss in FX on Hulu’s fourth season of “Fargo.”

For more from their conversation, click here, or watch the full video below.