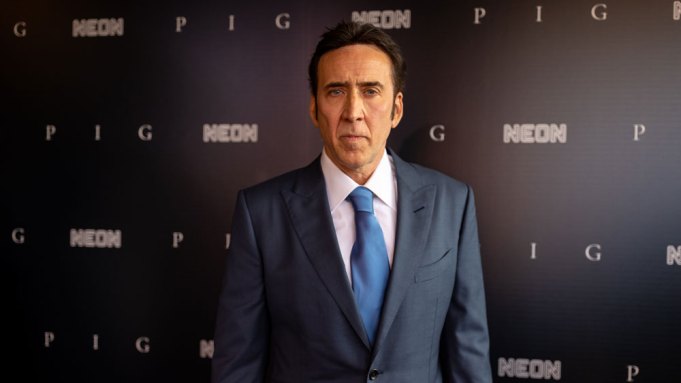 Nicolas Cage knows how to get the best performances out of his co-stars — even if that co-star is a pig.

The Oscar winner reveals what it took to get Brandy, the pig that plays his truffle-hunting porker in the new Neon drama “Pig” to act on cue. “Brandy was very payment oriented, she liked to eat,” Cage told Variety at the movie’s premiere on Tuesday at the Nuart Theatre in Los Angeles. “If I needed to go and get her to hit her marks, some food would be put down. And if I needed a soulful expression, I’d put a carrot behind the camera and she’d look at the carrot and the carrot made her look at me with love.”

Brandy had no acting experience before “Pig.” Writer-director Michael Sarnoski found her at a local farm near where they were shooting in Portland, Oregon because they couldn’t afford to hire a trained pig. “There are trained acting pigs,” he said. “We just found one on a farm and said you are adorable and you have a great personality and said, ‘Would you like to be in our movie?’ And she said, ‘Oink,’ so we went with it.”

In the film, Cage plays a former star chef who has become a truffle forager while living as a recluse in the woods. Alex Wolff plays his slick city truffle dealer who helps him search Portland after his truffle hog is stolen.

Cage said he spent some time with Brandy before the 20-day shoot began. “You have to let the pig know who you are, like with all animals,” he said. “You want them to trust you. She felt safe with me.”

Following the screening, guests, including Kesha, headed to a party at Craft restaurant. On the menu? Mushroom truffle arancini and truffle popcorn.