Continue to Variety SKIP AD
You will be redirected back to your article in seconds
Jul 13, 2021 4:34pm PT 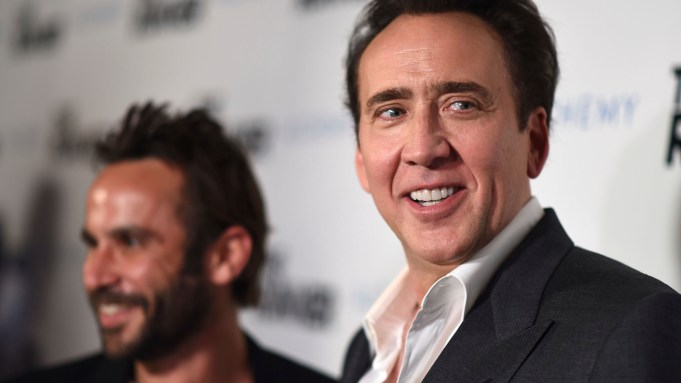 Nicolas Cage has played a wide range of eccentrics over the course of his career, but Joe Exotic will not join the actor’s list of meme-worthy roles.

The Oscar-winning actor, who is currently earning rave reviews for his performance in “Pig,” revealed that he is no longer scheduled to play the “Tiger King” in a series from Amazon, which, he implied, has been shelved for now. Sources close to the situation say the project, produced by Imagine and CBS Studios, inspired by the Netflix docu-series “Tiger King: Murder, Mayhem and Madness,” may be shopped to other outlets. Streamer Peacock has its own narrative take on the “Tiger King” story with Kate McKinnon and John Cameron Mitchell on board to star.

“We should clear the record,” Cage told Variety. “I read two excellent scripts, which I did think were excellent, but I think Amazon ultimately felt that it was material that had become past tense because it took so long for it come together. They felt at one point that it was lightning in a bottle, but that point has since faded into the distance and it’s no longer relevant.”

Exotic, with his bleached blonde mullet, his seedy animal park, and his central role in a plot to have an animal rights activist murdered, would seem like natural role for Cage, who has never shied away from big, broad performances. But weep not. Cage will soon be taking on an even more challenging part: Himself. That’s right, the “Leaving Las Vegas” star will play Nic Cage in Tom Gormican’s “The Unbearable Weight of Massive Talent.” The film follows Cage as Cage, a cash-strapped actor who agrees to make a paid appearance at a billionaire super fan’s birthday party as part of an elaborate CIA sting operation. Cage says he hesitated before agreeing to do the very meta film.

“It was absolutely terrifying and I’m one of those folks that thinks that within reason if it’s something that terrifies you or you are afraid of, as long as it doesn’t hurt you or someone else, that’s the very thing you should reach out towards,” he said.

“I’d never done a meta movie about myself before,” Cage adds. “But [the character] really isn’t me. It’s Tom’s version of me, which is a kind of anxiety-ridden, completely hyperactive version of this person named Nicolas Cage or Nic Cage or Nicky Cage.”

In the meantime, “Pig,” which opens on Friday, is earning Cage rave reviews for his performance as a former celebrity chef who leads a hermetic life. His isolation ends after his truffle hunting pig is kidnapped. Despite the offbeat premise, Cage is being praised for his naturalistic acting as a grief-stricken man out for revenge. The actor says the low-budget indie gave him the freedom that’s often lacking on major studio outings.

“There’s less pressure and more oxygen in the room on an independent movie to express yourself,” he says.

Amazon declined to comment on the status of the Joe Exotic project.