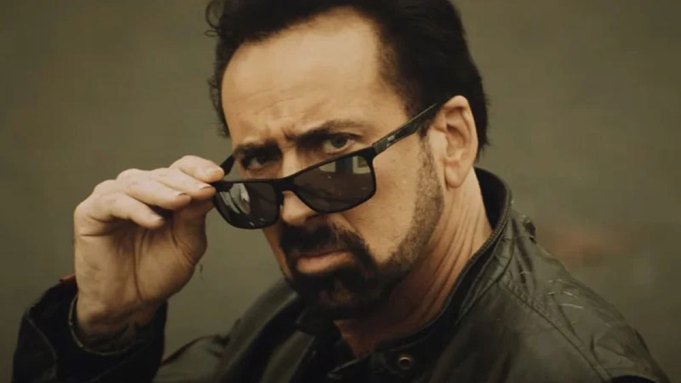 Listen to the theme song of Nicolas Cage’s new horror movie “Willy’s Wonderland” and chances are you won’t be able to get it out of your heard.

Here, Variety gives you the first listen to the full creepy, yet catchy “The Birthday Song and Willy’s Jingle.”

In the Kevin Lewis-directed film, Cage plays a man whose car breaks down. In order to pay for the repairs, he agrees to clean an abandoned amusement park fun house. What follows is a bloody battle between Cage and fun house characters that have come alive. The trailer shows a teen girl telling Cage, “You’re here to be a human sacrifice.”

“The Birthday Song and Willy’s Jingle,” is sung by a cartoon-sounding Willy Weasel, voiced by composer Émoi, beginning with “It’s your birthday and we want you to have fun” and continues with an ominous invite to Willy’s Wonderland — “Everyone at Willy’s is hoping you will stay.” The song ends with another voice warning, “Or else!”

“I really made it a goal to conjure the vibe of the 80s-90s Chuck E. Cheese and Santa Cruz Beach Boardwalk I used to experience regularly as a kid,” Emoi says. “The 80s and 90s were when they filmed ‘Killer Klowns From Outer Space’ and ‘The Lost Boys’ at that same boardwalk, which fascinated me. These were the days of pink popcorn, fresh spun cotton candy, Hot Dog on a Stick, rain in September, Halloween nights that were always cold and dreary and people being less distracted by technology.”

“Life had a lot of adventure back then, and you could feel those haunted vibes sewn into the films of that era,” he continues. “My hope, through the music, is to bring that feeling back, and I think I did. I hope everyone has as much fun watching the film, as I did working on it.”

“Willy’s Wonderland” is available on VOD and in select theaters Feb. 12.