Continue to Variety SKIP AD
You will be redirected back to your article in seconds
Jan 5, 2021 7:29am PT 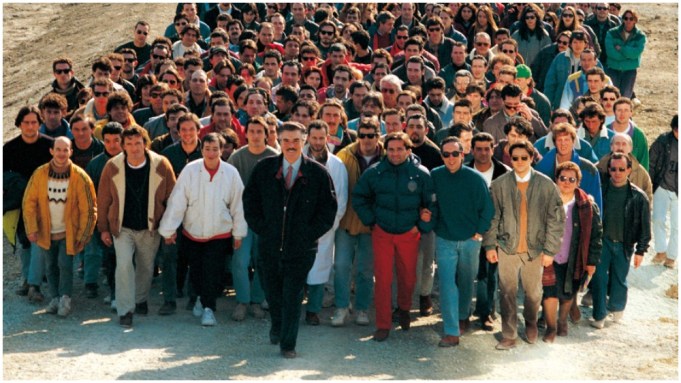 Netflix’s first Italian original doc series “SanPa: Sins of the Savior” follows controversial drug rehab founder Vincenzo Muccioli, and has made a splash on the platform since its Dec. 30 debut. In the last week, the series has cracked the platform’s top 10 most-watched programs in Italy, and currently holds the number 2 spot after “Bridgerton.”

Directed by Cosima Spender — whose 2015 doc “Palio,” about the storied horse race held in Siena, went to Tribeca — “SanPa” is a deep dive into the complexities of Muccioli’s rise to national prominence, and the dubious methods used at his rehab center. As promotional materials put it, the charismatic Muccioli “cared for the addicted, earning him fierce public devotion — even as charges of violence began to mount.”

Those charges included aiding and abetting the murder of one of his rehab’s residents, Roberto Maranzano, who in 1989 was beaten to death in a slaughterhouse within San Patrignano, the large therapeutic community that Muccioli founded in 1978 on a hilltop near Rimini, the central Italian city that, incidentally, was Federico Fellini’s birthplace. Muccioli, who died in 1995 before a definitive verdict could be reached, always maintained his innocence.

“SanPa” is produced by a new Milan-based company simply called 42, and is being compared by Italian critics to other standout Netflix doc series such as “Wild Wild Country,” about controversial Indian guru Bhagwan Shree Rajneesh (Osho), as well as “Making a Murderer.” It features a wealth of archive materials and, besides being directed by Spender, was crafted by a top notch production team comprising chief editor Valerio Bonelli (“Darkest Hour,” “Palio”), cinematographer Diego Romero Suarez-Llanos, who regularly works with Italian doc maker Roberto Minervini (“What You Gonna Do When The World’s on Fire”), and composer Eduardo Aram (“El Chapo”).

The “SanPa” project is the brainchild of Italian journalist Gianluca Neri, who teamed up with Nicola Allieta — who, in a separate guise, is senior distribution manager at Copenhagen-based digital distributor Sweet Chili Entertainment — to bring the project to Netflix. Biografilm Festival founder Andrea Romeo and producer Christine Reinhold, who are all executive producers on the series, also came on board.

Along with Italian Internet pioneer Marco Tosi, Neri and the others also formed 42. Now, the ambitious new company, segueing from “SanPa,” has several high-profile film and doc projects in advanced stages of development. Romeo early last year left 42 to become head of the doc unit at Italy’s Palomar, the outfit behind “Inspector Montalbano.”

“The idea [behind 42] was to set up a company that could generate a type of product that does not yet exist in Italy,” Allieta told Variety. Neri added that they “want to tell big stories with top notch production values that can travel around the world.”

Below are the standout projects currently in the 42 pipeline: