Continue to Variety SKIP AD
You will be redirected back to your article in seconds
Feb 3, 2021 3:44pm PT 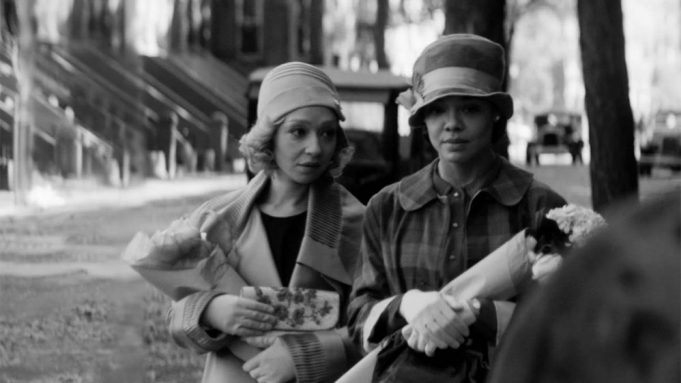 Rebecca Hall’s directorial debut already made a big splash with its Sundance Film Festival premiere — and the film is set to make even bigger noise, as Netflix is nearing a $16 million deal for worldwide distribution rights on the film, an individual with knowledge of the deal tells Variety.

Tessa Thompson and Ruth Negga star in the project, based on the 1929 novella by Nella Larsen and adapted by Hall, about racial passing in 1920s New York.

“Passing” was one of the buzziest titles heading into the festival, with Endeavor Content handling sales for the picture. The film boasts a starry cast (André Holland, Alexander Skarsgård and Bill Camp also star in the film) and, after its well-reviewed premiere, a sizable acquisition deal was to be expected.

Set amid the Harlem Renaissance, Irene (Thompson) and Clare (Negga) are two mixed race women, and childhood friends, who reunite in their adulthood, discovering that they now live on two different sides of the color line, with Clare “passing” as white. As the two women’s lives become more intertwined, the narrative turns inward, giving a look into the complicated nature of racial identity and how we’re all are impacted by how the world sees us.

Netflix is no slouch when it comes to big ticket buys in Park City (whether the festival is held in person or virtually). At the fest last year, the streamer picked up Directing award-winner “The Forty-Year-Old Version,” from writer, director and star Radha Blank, in a reported mid-to-high seven figure deal. The film has gone on to earn Gotham, Independent Spirit and AFI honors, as well as a place on the top films list from the National Board of Review. Netflix also acquired Jeff Orlowski’s documentary “The Social Dilemma” and had already acquired “His House,” the heady horror film from newcomer Remi Weeks, ahead of its festival premiere.

Deadline was first to report news of the impending deal for “Passing.”