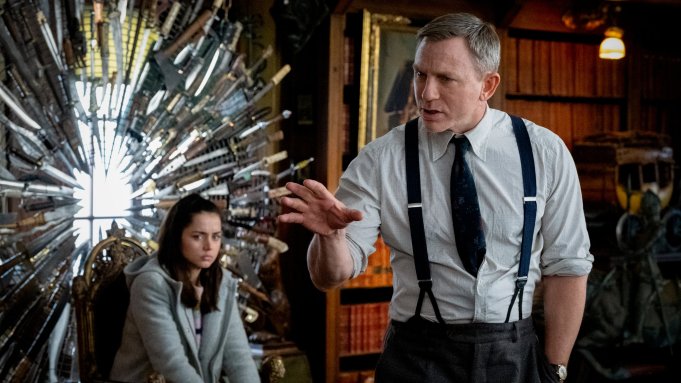 Netflix is plunking down an astounding $450 million for the rights to “Knives Out 2” and “Knives Out 3,” the next two follow-ups to the 2019 murder mystery, sources tell Variety. The films will reunite director Rian Johnson and star Daniel Craig, who teamed up so memorably on the first detective story.

The first “Knives Out” was produced by Media Rights Capital. It was distributed by Lionsgate, going on to earn $311.4 million on a $40 million budget. Johnson was nominated for an Oscar for best original screenplay. MRC had a single-picture deal to produce “Knives Out,” negotiated by CAA on behalf of Johnson his producing partner Ram Bergman, and it’s unclear if they will return for more.

The film gives Netflix a splashy new film series as it faces more competition in the streaming space, especially on the international front. In recent months, new challengers such as HBO Max, Disney Plus and Apple TV Plus have emerged to challenge Netflix’s dominance. This is one of the biggest deals ever made for the rights to a movie series.

Craig will reprise his role as private detective Benoit Blanc. The films give Craig a new series to segue into as he wraps up his five-film stint as James Bond with “No Time to Die,” which will open in theaters this fall after numerous delays due to COVID-19. One executive at a Netflix competitor, well-versed in the franchise space, said that the deal’s eye-popping price tag could involve millions in marketing commitments to eventize the film around the world. They also noted that for talent like Craig, salary bumps for second and third sequels can grow astronomically — often eclipsing entire production budgets. The actor made north of $20 million on recent sequels in the James Bond franchise.

Johnson previously directed “Star Wars: The Last Jedi,” “Looper” and “Brick.” He envisioned “Knives Out” as an Agatha Christie-style whodunit. In a 2019 interview with Variety, Johnson said he’d “…be thrilled to do another ‘Knives Out’ every few years.”

It is unclear if the films will have a theatrical release in addition to their streaming runs on Netflix.

Variety parent company PMC is a partner with MRC in the PMRC venture that owns Billboard, Vibe and the Hollywood Reporter.