‘Mission: Impossible 7,’ ‘A Quiet Place 2’ to Debut on Paramount Plus After 45 Days in Theaters 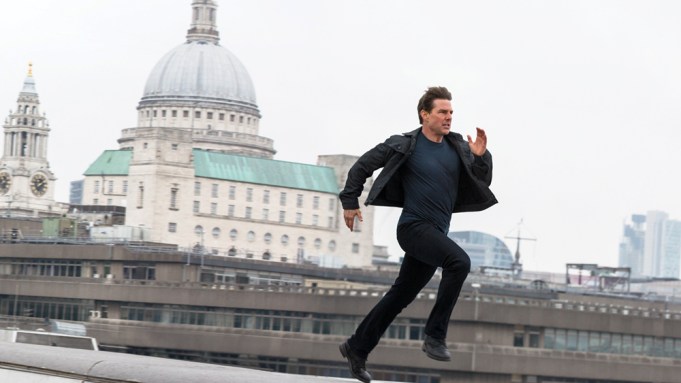 “Mission: Impossible 7,” “A Quiet Place Part II” and more upcoming Paramount Pictures releases will be available to view at home sooner than expected.

Those films will debut exclusively in theaters as planned. However, the studio has newly shortened the amount of time they will play only on the big screen. After 45 days, new Paramount theatrical films will land on the budding streaming service Paramount Plus. Currently, “Mission: Impossible 7” is scheduled to release in theaters on Nov. 19 and “A Quiet Place Part II” is set for Sept. 17.

The announcement was made during ViacomCBS’ investor day on Wednesday. The presentation was orchestrated to hype up Paramount Plus, which launches on March 4. The platform, a rebrand and expansion of CBS All Access, will have to compete with a glut of streaming service offerings, including Netflix, HBO Max, Hulu, Disney Plus and Apple TV Plus.

As part of the arrangement, Paramount has adjusted its pay TV output deal with Epix in order to bolster movie offerings on the streaming platform. Along with new releases, Paramount Plus will offer a deep library of more than 2,500 films.

Prior to the pandemic, movie theater operators insisted that movies had to screen in theaters for 90 days before studios could offer them on home entertainment. But the year-long closure of movie theaters has upended traditional ways of doing business. Several Hollywood studios have used it as an opportunity to amend the standard theatrical window, though Paramount’s strategy may be received the most favorably among film exhibitors.

That’s because 45 days seems downright generous compared to Warner Bros., which is releasing its entire 2021 theatrical slate on HBO Max on the same day the films launch in theaters. Meanwhile, Universal has forged its own model that enables the studio to offer its films on premium video-on-demand platforms after 17 days in theaters.

To stay afloat in the last 12 months, Paramount has sold numerous titles, such as “The Trial of the Chicago 7,” “Coming 2 America” and “Without Remorse,” to Netflix and Amazon Prime Video. Yet the studio has always planned to keep its biggest properties, “Mission: Impossible” and “Top Gun” included, exclusively in theaters.

During Wednesday’s presentation, Paramount studio chief Jim Gianopulos reaffirmed the company’s commitment to theatrical releases. In a post-pandemic world, Paramount will continue to look to a 30-day theatrical window for most titles and 45 days for tentpoles like “Top Gun: Maverick.”