Michael B. Jordan on Getting Directing Lessons From Denzel Washington and Sparring With Jonathan Majors in ‘Creed III’ 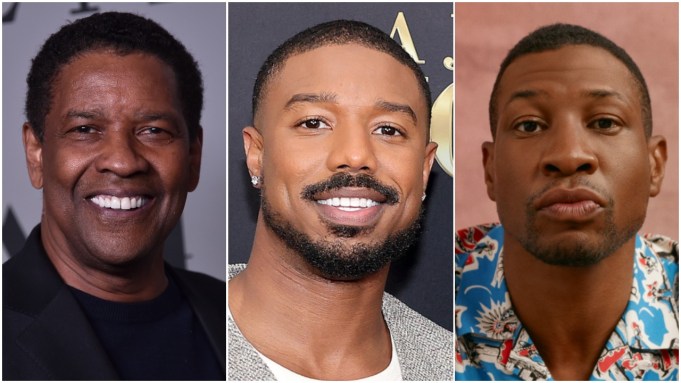 Michael B. Jordan is preparing to make his directorial debut with “Creed III,” the latest chapter in Adonis Creed’s saga, which is set to hit theaters Thanksgiving 2022.

When news broke that Jordan would take the helm of the franchise, in addition to starring as the boxing champ, the first-time feature filmmaker released a statement explaining why he wanted to take on the challenge.

“Directing has always been an aspiration, but the timing had to be right,” Jordan stated. “‘Creed III’ is that moment — a time in my life where I’ve grown more sure of who I am, holding agency in my own story, maturing personally, growing professionally and learning from the greats like Ryan Coogler, most recently Denzel Washington, and other top tier directors I respect. All of which sets the table for this moment.”

Jordan worked with Washington on the true-life romantic drama “A Journal for Jordan,” which is now in theaters, where he picked up a few tips from the two-time Oscar winner and four-time director.

“It’s much harder than you think because he’s acting and directing,” Washington told Variety. (To note: Washington also directed himself in his first three efforts, “Antwone Fisher,” “The Great Debaters” and “Fences”). “But [Michael’s] motivated and he’s very, very bright, so I’m sure he will do well.”

“He’s full of quotes and advice and a lot of gems,” Jordan added about learning from the storied entertainer. In particular, Jordan keyed into the filmmaker’s preparation process, describing Washington’s rehearsals as “spot-on and intense.”

“I think we did three weeks before we started filming, which I think is incredible,” Jordan shared. “I’ve always done rehearsals before, but I think on [‘Creed’], I’m going to make sure I get enough rehearsals to really massage the scenes that I feel like are the biggest days for my cast, once we actually start production.”

The cast for “Creed III” is slowly coming together, as Jordan is expected to be reunited with Adonis Creed’s on-screen love, Bianca (Tessa Thompson) and mother Mary Anne (Phylicia Rashad), with “Lovecraft Country” and “The Harder They Fall” star Jonathan Majors joining the crew as the story’s mysterious antagonist.

“Jonathan’s just an incredible actor, an incredible person,” Jordan said, explaining why he felt Majors would make the perfect sparring partner. “Me and him, we just connected the first time we spoke. And then when I pitched him the film, he hit me right back and it was all go from there, you know? So, he was bought in.”

Jordan added: “He has so many different talents, and things that he brings to the table. He was just perfect for the role, so it was a match made in heaven. I’m extremely lucky. We’re very blessed to have him and I can’t wait for everybody to see what we do.”

Majors recently opened up to Variety about squaring off against Jordan and playing the antagonist, versus the leading man roles he’s landed lately.

“In my opinion, there’s no difference, but there is,” he explained. “What is happening, how it manifests may seem like there’s malice in it. Sometimes I feel like with the villains or the antagonist, there’s more hurt, so it almost seems impractical or it seems extreme what it is they’re trying to do.”

Majors also shared how his training regimen has affected him personally. “This is something my coach said: ‘People live the way they fight.’ So you learn a lot about yourself when you’re training, and you can surprise yourself.”

And through the intense boxing workouts, Majors tapped into something profound about his acting. “It’s just you and your fatigue, and when the body gives out, you can explore the spirit,” he said.

The lingering question is, who exactly is this “antagonist” that Majors is playing?

But Jordan wisely skipped over speculation that Majors might be playing someone connected to Rocky Balboa’s past (like the son of Clubber Lang from “Rocky III,” for example), so fans will have to just have to wait and see how this sparring match shakes out.

“A Journal for Jordan” is in theaters now.