Matt Damon Reveals Why He Cried at the ‘Stillwater’ Premiere 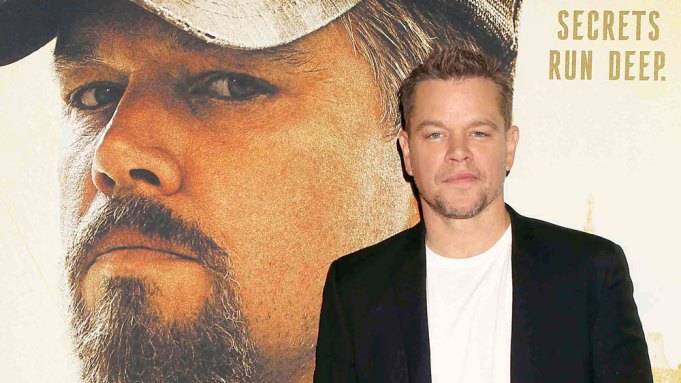 Matt Damon’s tears made headline news earlier this month when the actor was overcome with emotion at the Cannes premiere of his new drama “Stillwater.”

Damon tells me that his reaction “really snuck up on” him, and attributed his response to “the feeling of being in a movie theater again and how much I missed that, and why we do that.

“It was a great reminder that we need to go as a community of strangers and turn the lights off and have this experience all at the same time together,” Damon said. “There’s something beautiful and valuable about that. I just kind of got overwhelmed in the moment because I just hadn’t done that in almost two years. It was great. I was happy. I was just very moved by it.”

In the Tom McCarthy-directed film, Damon plays Bill, an out-of-work oil rig worker from Oklahoma who relocates to France, where his daughter (Abigail Breslin) has been sent to prison after being found guilty of murdering her girlfriend.

While Damon insists “Stillwater” isn’t a political movie, he spent a lot of time in Oklahoma to prepare for the role with real-life so-called “rough necks.” “Oklahoma is probably the reddest state in the union, and these guys work in the oil fields, right? They’re gonna vote red down the ticket every time and they’re totally unapologetic about it. To the guys I talked to, it’s like a binary proposition. It’s like, ‘This is my job, and this provides for my family and my children, and this is what I’m going to do.’ I totally get that.”

It took some time for Damon to earn their trust. “They were justifiably wary of us when we came in there,” he said. “It was like, ‘You’re making a movie about a roughneck, like what are your intentions here?’ Because they know that this is the kind of guy that Hollywood or at least maybe they say the cultural or coastal elite would tend to look down their nose out a little bit and kind of stereotype it. But I think once they realized what we were doing, and that this movie has a lot of compassion and empathy for this guy, and that we were trying to get it right, then they then they were just incredibly helpful.”

Damon says he took some “ribbing” for his liberal leanings. He recalls being introduced to someone named “Big John.” “He shakes my hand and he goes, ‘I hope I like [“Stillwater”] more than that last movie you made about the oil business,’ because he was talking about ‘Promised Land’ that John Krasinski and I wrote about natural gas and fracking. I just started laughing I was like, ‘I think you’ll like this one more than that one. I could see probably you didn’t love that one. I was pretty proud of it, but it might not have been your favorite.’ So yeah, there was a lot of good-natured joking around.”

You can watch the full interview with Damon in the video above. Find out what he did to pack on weight for his role.