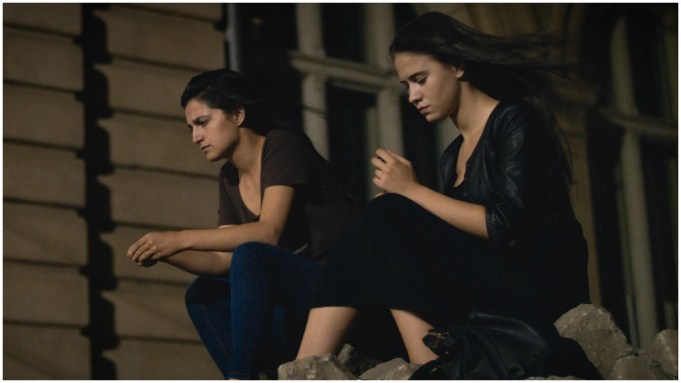 Maria Bakalova (“Borat Subsequent Moviefilm”) has gone from Kazakh ingenue to a Cannes contender thanks to her new film, “Women Do Cry.”

In the movie, Bakalova (pictured right), who scored Oscar, SAG, BAFTA and Golden Globe nominations for her breakout role last year as Borat’s unsophisticated teenage daughter, is almost unrecognizable. Her blonde locks dyed brown, she plays a woman living with HIV and facing discrimination in her native Bulgaria.

The feature is set in the Bulgarian capital city of Sofia during the 2018 protests against the Istanbul convention, which sets out policies regarding violence against women. It tackles the challenges women navigate in a patriarchal society, from postpartum depression to sex discrimination and inequality.

Directed by Bulgarian duo Mina Mileva and Vesela Kazakova, “Women Do Cry” was submitted to Cannes at the last minute and promptly selected for a coveted place in the Un Certain Regard section.

Mileva, a former animator, and Kazakova, an award-winning actor, also produced and wrote the film. Kazakova also stars in it alongside her twin sister, Bilyana Kazakova, who wrote the first draft of the script. “We were not really planning for Cannes, we’re not really ready and we keep on not being ready,” they told Variety.

The duo, who got their start in documentaries, are no stranger to the film festival circuit. Their previous feature, “Cat in the Wall,” was selected for SXSW last year and Switzerland’s Locarno Film Festival in 2019.

Ahead of its Cannes premiere on Wednesday, check out an exclusive clip of “Women Do Cry” above.