Continue to Variety SKIP AD
You will be redirected back to your article in seconds
May 24, 2021 11:15am PT 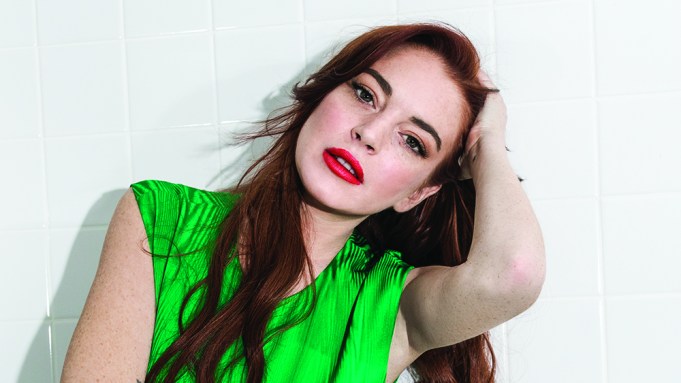 Lindsay Lohan, who has largely foregone acting in recent years, will soon star in a yet-to-be-titled Netflix holiday rom-com. The streamer has made a robust business out of Christmas fare, and its original movies such as “Jingle Jangle,” “A Christmas Prince,” “The Christmas Chronicles” and “The Princess Switch” (inspired by Lohan’s “The Parent Trap”) have become instant (and repeatable) holiday classics.

In this new movie, Lohan will play a “newly engaged, spoiled hotel heiress” (according to the logline), who gets amnesia after a skiing accident and “finds herself in the care of a handsome, blue-collar lodge owner and his precocious daughter in the days leading up to Christmas.” The rest of the cast has not yet been announced.

Lohan skyrocketed to fame as an 11-year-old actor, starring in a 1998 reboot of “The Parent Trap.” She followed that with a remake of “Freaky Friday” and “Mean Girls”; both roles cemented her status as an A-list star. After years of being hounded by paparazzi and the tabloids because of personal issues — ones that made her uninsurable for a time because of her chronic absences  — Lohan withdrew from acting by degrees, starting in the early 2010s. She eventually moved abroad, living in both Europe and Dubai.

She’s launched projects sporadically since, such as being the only good thing in Paul Schrader’s 2013 movie, “The Canyons”; appearing in a West End production of “Speed-the-Plow” in 2014; recurring on the British TV comedy “Sick Note” in 2018; starring in the MTV reality show “Lindsay Lohan’s Beach Club” in 2019; and later that year, appearing as a judge on the Australian version of “The Masked Singer.”

On CNN’s New Year’s Eve special in 2019, before the COVID-19 pandemic would press pause on the world, Lohan told hosts Anderson Cooper and Andy Cohen that she wanted to “come back to America and start filming again,” and “taking back the life that I worked so hard for, and sharing it with my family and you guys.”

The Netflix movie starts production in November, so it won’t be for 2021 holiday viewing — audiences will receive this Yuletide present at a time to be announced later.

Janeen Damian (Hallmark Channel’s “A Christmas Waltz”) will direct, and it was written by Damian, Michael Damian, Jeff Bonnett and Ron Oliver. Its producers are MPCA’s Brad Krevoy and Riviera Films’ Michael Damian. MPCA is behind such Netflix Christmas movies as the “A Christmas Prince” franchise, “Operation Christmas Drop” and the forthcoming “A Castle for Christmas.” (And fun fact: Michael Damian was a longtime star of the CBS soap opera “The Young and the Restless,” and in 1989, had a No. 1 single: “Rock On,” from the “Dream a Little Dream” soundtrack.”)

Lohan is represented by APA.