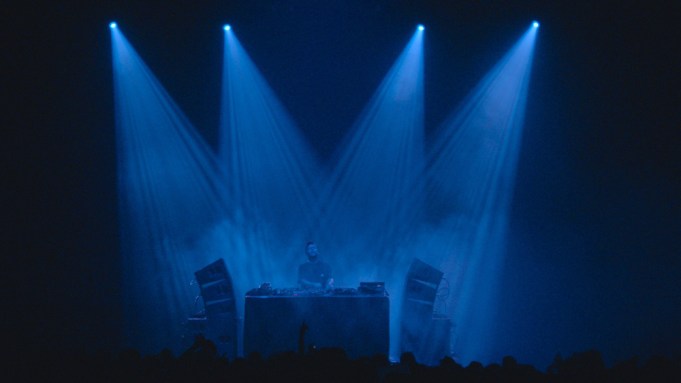 Gabin Rivoire’s documentary “Laurent Garnier: Off the Record,” which explores the origins and rise of techno music through the eyes of one of its pioneers, has sold to multiple territories. The film screens on Saturday at both the Edinburgh and Karlovy Vary film festivals.

The documentary has been acquired in France by Condor Distribution, in Italy by Wanted Cinema, in Spain by Filmin, in Scandinavia by Njutafilms, in Russia by Beat Films, in Switzerland by RTS, and for Ex-Yugoslavia by MCF Megacom. Anton, who co-financed and executive produced the film, is handling worldwide sales and is in discussion on closing other key territories.

Speaking exclusively to Variety prior to the film’s world premiere in May at CPH:DOX festival in Copenhagen, DJ and music producer Garnier said that he had chosen Rivoire to helm the project because the filmmaker was able to capture the passion Garnier felt about dance music. “It’s very hard to film passion, and when I saw Gabin’s work, I thought he will be able to bring it,” he said. “Because passion is the one thing that really – since a very young age – has driven me to do what I do. I’m very passionate about music and quite serious about it.”

When Garnier set off on his 2018/2019 world tour, Rivoire traveled with him, taking in performances in front of 15,000 people at Sónar Festival in Barcelona, Bassiani, a mecca for techno in Tbilisi, Republic of Georgia, and crowded clubs in Tokyo. Rivoire also filmed interviews with other dance music pioneers, such as Carl Cox, Pedro Winter, Seth Troxler, Jeff Mills and Derrick May.

In the film, the tour footage and interviews are interspersed with archival footage that provides a flashback to the late ’80s, when the techno scene was emerging in Detroit and England, in clubs like Manchester’s Hacienda, where Garnier started his DJing journey, and then Rex, a club in Paris, where Garnier moved to next. The film also includes the political and judicial response to rave culture, which in some countries was met with police brutality. “We’re not where we are today without a fight,” Garnier said.

Anton is the financier and producer on the hit film franchise “Greenland.” The company had two of the largest sales in Cannes this year with the action sequel “Greenland Migration” selling to STX worldwide, and the feature film “Curs>r” acquired by Netflix in a global deal. Anton also produced “The Nighthouse,” starring Rebecca Hall, which releases worldwide from Searchlight starting this month.