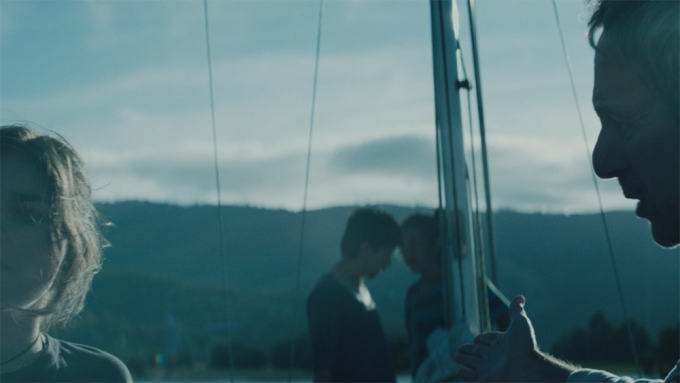 Nicolás Postiglione’s debut feature, which he co-wrote with fellow filmmakers Agustín Toscano (“The Snatch Thief”) and Moises Sepúlveda (“The Illiterate”), revolves around a father, Ricardo, who has taken his two teen daughters to their rundown family home by a lake in southern Chile. While out sailing, they spot a sinking boat with three local fishermen shouting for help. Despite his daughters’ entreaties, he refuses to help the trio who he thinks look suspicious.

The trailer opens on that scene at the lake, followed by subsequent scenes that grow in tension and suggest that his fears may not have been unfounded after all. Or perhaps, that his prejudices may have triggered otherwise innocent people to act out in their own defense.

In his director’s statement, Postiglione explained: “I think one of the main sources of the way that we behave in community is fear: We commonly live in defense mode and many of the choices we make are guided by a feeling of threat.”

“We live mistaken about who our neighbor really is. We are often isolated and immersed in prejudice, which sometimes leads to violent behavior,” he continued, adding that his main motivation was to explore “class prejudices and observe to what extent these attitudes hinder the possibility of an honest encounter between people.”

In the conflict that arises between the father and his daughters, who goad him into going back to save the fishermen, Postiglione also delves into the issues of generational and gender gaps.

“’Immersion,’ as a concept and title, is intended to represent the experience of this film, which immerses the characters in a situation that becomes increasingly tense, not necessarily true to what is actually happening,” he said.