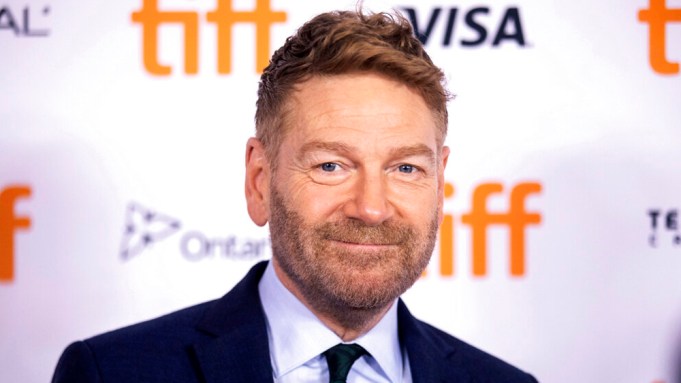 After dazzling the in-person audience at the Toronto Film Festival, writer-director Kenneth Branagh broke down crying over his loosely autobiographical film “Belfast.”

Following what was easily the most rapturous response to a festival entry at Toronto’s Roy Thomson hall this year, Branagh was overcome in a Q&A describing the inspiration behind the film.

“I started writing this on March 23, but it had been brewing for a long time. Lockdown teaches you, whether you like it or not about the things that were precious, that were simple…” he trailed off before breaking into tears alongside his leading man Jamie Dornan.

The audience cheered and some shed a few tears along with him before Branagh continued, saying that quarantine led him to an examination of his entire life. He described the project and his own experience as a 9-year-old boy that had “the love of his family and the movies.”

“Belfast” follows the precocious Buddy (the adorable Jude Hill in a remarkable introductory role), whose family is navigating the tumultuous political and religious strife in 1960s Northern Ireland. His parents, played by Dornan and “Outlander” star Caitriona Balfe, face difficult choices over the future as tensions boil over in their town.

Branagh confided that, last week, he showed the film to director Christopher Nolan.

“I feel like you’ve been writing this since 1972,” Nolan told Branagh.

“Belfast” became an instant best picture Oscar contender after bowing at the Telluride Film Festival earlier this month. In his opening remarks, Branagh recalled his early days doing Shakespeare on stage in Toronto, before coming to the festival many times over as an actor and filmmaker.