Karim Aïnouz on Algeria, ‘Mariner of the Mountains,’ ‘Nardjes A.’ and His First English-Lingo Film 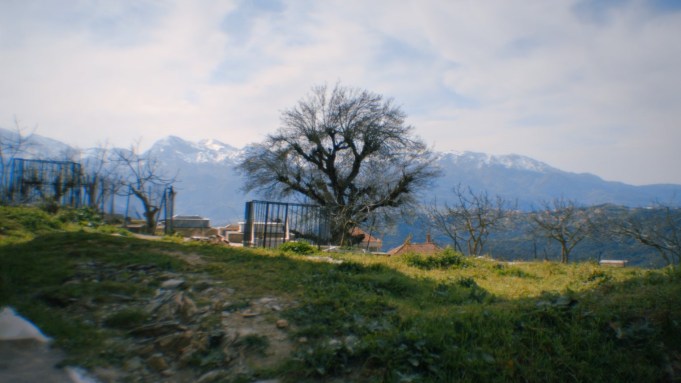 For Berlin-based Brazilian filmmaker Karim Aïnouz, traveling to Algeria in 2019 to visit his father’s homeland became an emotional journey that not only resulted in his latest work, the Cannes title “Mariner of the Mountains,” but also the documentary “Nardjes A.,” which premiered last year in Berlin.

“Mariner of the Mountains,” which unspools in Special Screenings Friday, is Aïnouz’s most personal film since one of his earliest works, the 1993 short “Seams,” about his grandmother and her four sisters, “which was kind of the seeds of this film,” the director tells Variety.

Aïnouz, who won the top Cannes Un Certain Regard prize in 2019 for “Invisible Life,” grew up in the northeastern Brazilian city of Fortaleza, where he was raised by his mother and grandmother. Although he didn’t meet his estranged father until he was 18, he had long been fascinated by Algeria.

“It’s something that was there for me from the beginning,” he says. His image of Algeria had been a romanticized idea of the revolution, the war of independence against France that lasted from 1954 to 1962, and in which his grandfather had fought. Aïnouz had always wanted to visit the country, but his father later remarried and moved to Paris. “It was always this forbidden place.”

The start of the Algerian Civil War in 1992 also made it too dangerous to travel there.

He nevertheless hoped someday to visit the country with his mother, but by the time the situation improved in 2002, she was unable to travel. It wasn’t until she died in 2015 that Aïnouz decided to finally go. He narrates the film as a letter to her.

Aïnouz embarked on the journey to Algiers in 2019, traveling by ferry across the Mediterranean Sea from Marseille. He arrived in a city gripped by widespread protests against President Abdelaziz Bouteflika, who had recently announced his intention to seek a fifth consecutive term, further extending his already 20 years in power.

“I was blown away,” he says. Caught in the middle of the raging demonstrations, known as the Hirak Movement, and fascinated by what was happening around him, Aïnouz immediately began shooting, completely unplanned.

While a lot of that material he shot was originally intended for “Mariner of the Mountains,” Aïnouz ultimately decided to make a separate film about the protests focusing on the young activist Nardjes over a 24-hour period on International Women’s Day.

He describes the two works as sibling films: One is about his past, his relationship to history, and which attempts to decipher his family’s relationship to the revolution and the decolonization of Algeria. The other is very much about the third generation since independence and about what today’s kids in Algeria dream about, he explains.

The two films should ideally be shown together as a double bill, he adds. Algeria, he stresses, is a country that is full of hope. “There’s a highly sophisticated political consciousness because of what they’ve been through.”

Making “Mariner of the Mountains” and “Nardjes A.” provided a great opportunity to learn about the country, Aïnouz says, noting that the history of Algeria and its accomplishments are not widely taught in the West.

He holds up the 1969 Pan-African Festival in Algiers as an example: The event celebrated what was then seen as the era of a new post-imperial world and the city’s role as a hub for liberation and anti-colonial movements. Indeed, the festival — the subject of William Klein’s documentary “Festival panafricain d’Alger,” which unspooled in Directors’ Fortnight in 1971 — not only hosted concerts by the likes of Nina Simone and Miriam Makeba, it also brought together the Black Panthers and the Palestinian Liberation Organization.

The events that transpired in Algiers at the time dwarf the romanticized social and cultural events that have become legend in the West, says Aïnouz. “May of ’68 in France? It was boring. Woodstock? It was for kids.”

“For me what was fascinating during the making of this movie was just to learn about the history of this place that we don’t know anything about, really.”

Aïnouz will next film the historical drama “Firebrand,” starring Michelle Williams as Katherine Parr, the last of Henry VIII’s six wives. The pic, which is scheduled to start production early next year in the U.K., marks the director’s English-language debut.

Aïnouz says he was intrigued by the character, who he compares to similarly strong female figures in some of his other films, particularly in the way she exercises soft power to fight for what she believes and to survive and thrive. “I was really interested in adapting that character to a context which is kind of mythical.” While everyone knows about Henry VIII, the 16th century is very much another world because it’s so far away in time, making it “a very interesting arena to play in cinematically,” he adds.

“It’s basically the story of a woman locked in a castle with a monster.” The challenge is in adapting that trope to the historical context.

Aïnouz very much welcomed the collaboration with producer Gabrielle Tana and writers Henrietta and Jessica Ashworth. “Gabi is a producer I really adore and who has been fostering the development of this in a way that is really great.” He was similarly dazzled by the script and its fresh take on the material. “There is so much sparkle there!”

Aïnouz is also developing “Neon River,” a Tokyo-set Bonnie-and-Clyde-like story about migration set in Japan and Brazil and based on Marco Lacerda’s novel “Favela High-Tech.”