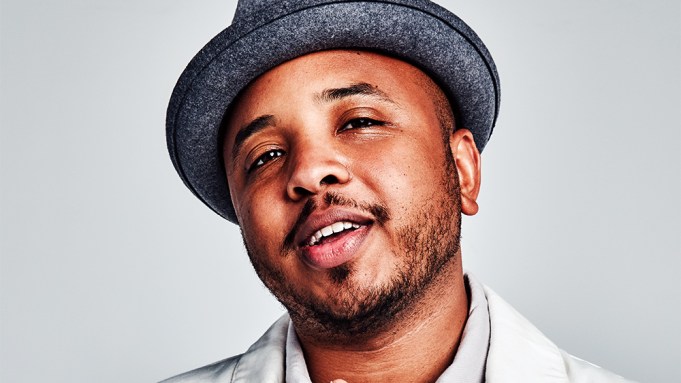 Justin Simien, the director of “Dear White People” and “Bad Hair,” has been tapped to direct Disney’s “The Haunted Mansion” remake.

Though taking inspiration from the spooky theme park ride, plot details have been kept under wraps for the upcoming live-action movie. The Haunted Mansion theme park ride, which first opened in 1969, takes guests through a ghostly manor, where strange sounds and deceased inhabitants abound. It’s one of the only attractions in which Disney employees are encouraged not to smile.

Dan Lin and Jonathan Eirich, who recently teamed on Disney’s live-action adaptation of “Aladdin,” are producing the film through their production company Rideback. Nick Reynolds of Rideback will serve as executive producer.

Katie Dippold, a writer on the sitcom “Parks and Recreation” who later penned “The Heat” and the “Ghostbusters” reboot, wrote the most recent draft of the screenplay.

Disney has mined the Haunted Mansion ride for the big screen once before, in a 2003 movie starring Eddie Murphy. It wasn’t well embraced and barely turned a profit at the box office, grossing $180 million from a $90 million budget. Several other theme park rides have inspired films and televisions shows, including “Pirates of the Caribbean,” “Tower of Terror” and the upcoming action adventure “Jungle Cruise” with Emily Blunt and Dwayne Johnson.

Simien is best known for writing the satirical comedy “Dear White People,” which premiered to acclaim at Sundance Film Festival in 2014. It was later adapted into a television series at Netflix. He returned to Sundance in 2020, one of the last major Hollywood events prior to the pandemic, to debut “Bad Hair.” The film, starring Jay Pharoah, Lena Waithe and Kelly Rowland, was acquired by Neon.