Why Is ‘Justice League’ So Violent? Zack Snyder Explains All the Blood 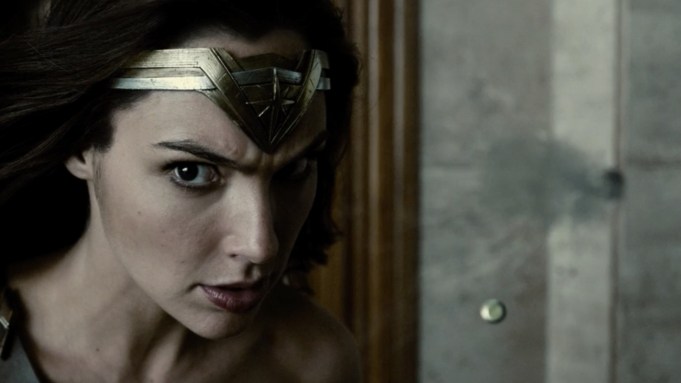 Roughly 25 minutes into “Zack Snyder’s Justice League,” Wonder Woman (Gal Gadot) bursts into a room filled with suicidal terrorists bent on blowing up the entire building — and the school children trapped there with them. With mere seconds remaining before the bomb explodes, Wonder Woman zips to each terrorist with lightning speed, tossing them hard against the walls, before she grabs the bomb, leaps through the ceiling, and throws it high into the air where it explodes, harming no one.

The same scene unfolded in roughly the same way in the 2017 theatrical release of “Justice League,” which was completed without Zack Snyder’s involvement. But in Snyder’s directors cut currently streaming on HBO Max, there is one crucial — and conspicuous — difference: When Wonder Woman throws those terrorists against the wall, they land head first, and leave a blood splatter behind as they slump to the floor.

It’s one of several instances in which the violence in “Justice League” is bloodier and more violent than audiences are typically accustomed to with superhero movies, which are almost always rated PG-13 — and therefore largely bloodless.

Snyder wanted to push the envelope. “It’s a pure exercise in creative freedom,” the director told Variety this week about the Snyder cut of “Justice League.” Similar to the “Ultimate Edition” of Snyder’s 2016 film “Batman v Superman: Dawn of Justice,” which was also R-rated for a digital and home video release only, Snyder says knowing his film would be streaming on HBO Max freed him from having to make his “Justice League” work for a PG-13 rating.

Part of the reason that “Justice League” is so violent is to realistically demonstrate what it would be like to actually face off against god-like superheroes.

Snyder’s wife and producing partner Deborah Snyder, who was also participating in the interview, jumped in at this point.

“But, Zack, I also think part of it too is just having real repercussions,” Deborah Snyder said. “Sometimes in the watered down or the PG-13 [movies], it feels, I think, a little bit more irresponsible in a way because there aren’t repercussions.”

Zack Snyder agreed. “If you don’t address the actual violence as violence, to me, you’re lowering the stakes on all levels,” he said. “If the superhero smashes the car, and the whole car explodes, and you just see the guy kind of crawl out of the wreckage, and you’re like, oh okay, it’s still PG-13, the fact you don’t show the blood is a technicality. The violence is still there. I want a true depiction of the violence. I don’t want to sugarcoat it.”