‘Jungle Cruise’ Sequel Is in the Works From Disney 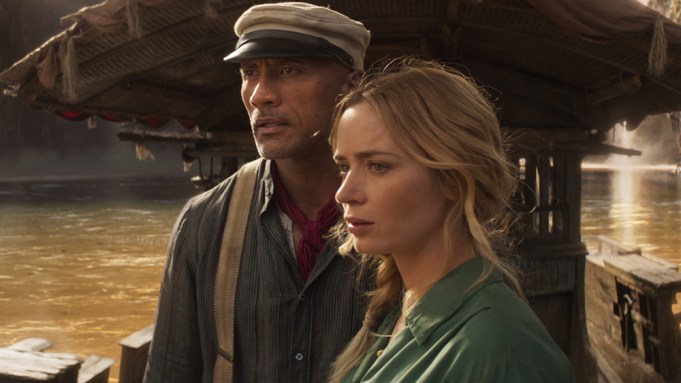 A sequel to the adventure movie, based on the theme park ride, is in the works after “Jungle Cruise” crossed $100 million at the domestic box office this past weekend.

Dynamic duo Dwayne Johnson and Emily Blunt will be back for another adventure as the pun-obsessed riverboat captain Frank Wolff and the brave explorer Dr. Lily Houghton.

“Jungle Cruise” launched on July 30, both in theaters and on Disney Plus Premier Access, for an additional price tag of $30. In its opening weekend, it took in $34.2 million in ticket sales from theaters and $30 million from Disney Plus, the company reported. The film kept afloat at the box office, climbing its way to $100 million domestically after its fifth weekend. At the worldwide box office, its total is $187 million.

During the pandemic, it has been difficult to judge theatrical box office success when films debut simultaneously on streaming services. On top of that, an increase in COVID cases around the country due to the delta variant has impacted theatergoing once again. “Jungle Cruise’s” opening weekend was slightly above “Space Jam: A New Legacy” ($31 million), “Godzilla vs. Kong” ($31 million) and “Cruella” ($21 million), the former two of which debuted simultaneously on HBO Max and the latter on Disney Plus Premier Access. However, it was far below the launches of “Black Widow” ($80 million), “F9” ($70 million) and “A Quiet Place Part II” ($47 million), all of which were entries in popular franchises. With a $200 million price tag, the success of “Jungle Cruise” may not have meant as much in normal times, but now it is primed to launch a new Disney franchise.