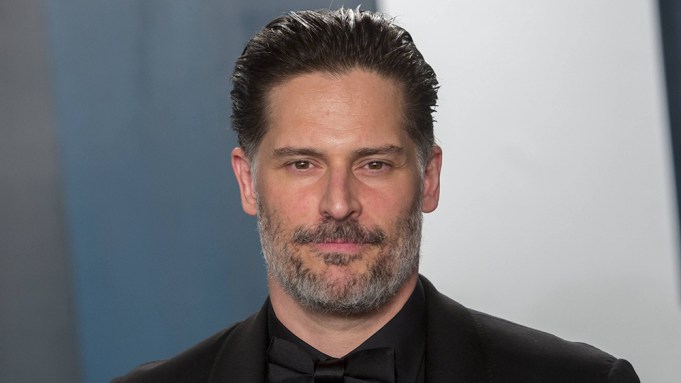 Joe Manganiello proved that he could change shapes as the werewolf Alcide on HBO’s “True Blood,” and since the hit series wrapped in 2014, he’s starred in films like “Magic Mike XXL” and “Pee-wee’s Big Holiday.”

He’s also managed to live a childhood dream by becoming a consultant and designer for some of his favorite fantasy properties, working with Hasbro and Dungeons & Dragons. In fact, he’s been a lifelong fan of D&D — the tabletop roleplaying game that originated in the ’70s, and continues to be a phenomenon, with its own movie, TV series, video games, action figures and clothing line. Prior to the COVID-19 pandemic, Manganiello hosted a weekly competition in the cellar of his home in Los Angeles, with friends such as Vince Vaughn and Tom Morello. And since then, Manganiello has found a way to continue playing with his crew — virtually.

His interest in all things fantasy brought him to his latest project: “The Spine of Night.” The animated adult horror movie premiered in the spring at SXSW, and is now available to rent on VOD platforms. In the film, Manganiello voices Mongrel, a shirtless, axe-wielding murderer.

The 44-year-old actor spoke to Variety about “The Spine of Night,” and how comic book fandom has evolved since he was a kid in Pittsburgh. He also delved into his memories of playing Flash Thompson in Sam Raimi’s 2002 “Spider-Man” — the movie that started the superhero craze.

Watching “The Spine of Night” reminded me of “He-Man” cartoons from the ’80s.

I grew up on “He-Man” too. I understand what you’re saying about the animation style. I think it’s probably because they copied a lot of animation back in the “He-Man” days where He-Man would be running and he would run the same way. Rotoscoping can look similar to that. For me, it’s more Ralph Bakshi “Wizards,” or his “Lord of the Rings” that he animated. For this, they shot with a bunch of actors that weren’t us and spent about seven years animating, painting every cell before they brought us in.

What did you like about the movie when you saw the early version?

Psychedelic rotoscoping horror. I mean, come on! You had me at psychedelic. It was a super-fun process, and it was something I immediately jumped at. Those were thing that really excited me as a kid, and still excite me as an adult.

How did you find your character’s voice?

I don’t know. This guy had a mustache and a mullet and a battle axe and no shirt. He’s the most savage psychopathic killer that you can imagine. I think there was a smarminess to him. I didn’t want to make him this big, bruising terror. He seemed more serpentine — like a jackal, not a lion or a wolf.

And they thought of you because —

I think they knew about my work in the fantasy genre, namely Dungeons & Dragons and even Hasbro — I’ve been a game designer for them. I helped redesign this board game called HeroQuest; it’s basically “Dungeons & Dragons” in a box.

I was hired by Dungeons & Dragons, initially, as a consultant. That started a friendship with the company, in which I then got to write storylines for adventure modules, and create characters that led to action figures and toys that are sold in toy stores. I got to redesign a lot of the Dungeon & Dragons characters and things because I started a streetwear line — like I wasn’t busy enough, I guess. I also ran this A-list celebrity Dungeons & Dragons game in my house every Friday night, and turned my wine cellar into a dungeon. I think it just became a part of my identity.

Did you still host the games during the pandemic?

When the pandemic hit and we all went into quarantine, we’d been playing live. That weekend, we postponed and actually punted while I went and figured out how to work this computer program where you can create your own dungeon maps and enter your players into it. Once we figured out the tech of it, we started playing online. They talked me into running two games a week. And then we realized [COVID] isn’t going away anytime soon. I had to pull it back to one night a week. It takes a lot to prep. It’s like preparing as a director to run a TV show every Friday night — live with your friends starring in it. For me, I started getting busy.

How has embracing “Dungeons & Dragons” changed your career trajectory?

This is about fantasy more than anything. When I was growing up, it was niche. Comic book stores weren’t packed. It was a small audience of weirdos. And now the tables have turned. Because of these Marvel movies, because of things like “Games of Thrones,” the mainstream has been indoctrinated into fantasy culture.

I think publicly letting people know that I’m into that stuff, it’s probably turned off a lot of women and men who follow me on Instagram because they wanted shirtless photos. I think maybe those people have left my Instagram feed. It’s let the people who matter know I do understand these properties. I am one of these people who is a writer, a content creator and I get them.

You were Flash Thompson in Sam Raimi’s “Spider-Man.” What do you remember from being on the set of that film?

We all knew it was the beginning of the dawn of something different. They were spending more money on that film than had ever been spent. They had the greatest producers, the greatest special effects artists. Up until that point, it was Tim Burton’s “Batman,” it was “The Crow,” it was “Blade,” it was “X-Men.” Everybody is in black leather. They all shot at night and very dark and borderline gothic. So when you see Sam Raimi’s “Spider-Man,” it’s bright! It’s light! It’s a kid in high school. And he was wearing a red and blue suit, not a black leather suit.

What do you think of the new “Spider-Man” movies?

Jon Watts is a former producing partner of mine. In Raimi’s universe, Peter Parker is the only one, he doesn’t live in a world of superheroes. What I really thought was genius about the new “Spider-Man” films, the burden on the character is different. He’s a kid living in the age of “Avengers” where there’s Iron Man and Thor and Captain America. He wasn’t the only one. I think that was a really cool take on that.

You said in an interview earlier this year that you turned down a Marvel movie, but you wouldn’t say which one. Would you like to eventually do one?

It’s not that I turned down a Marvel movie. It’s more the fact that my scheduling wouldn’t allow me to shoot that Marvel movie. This was years ago. I really hope there’s something down the road I can do.

What about a third “Magic Mike” movie? Would you do that?

I’ve already answered that question, and I said no. My character is retired. Listen, I had a blast. The most fun I ever had shooting a movie was Part 2, “Magic Mike XXL.” And probably second to that was Part 1. I’ve moved on to doing other things, but I love them all and wish them a ton of luck. And I can’t see why they wouldn’t do a Part 3.