Jodie Turner-Smith Calls for More Women, People of Color in Roles Across the Film Industry 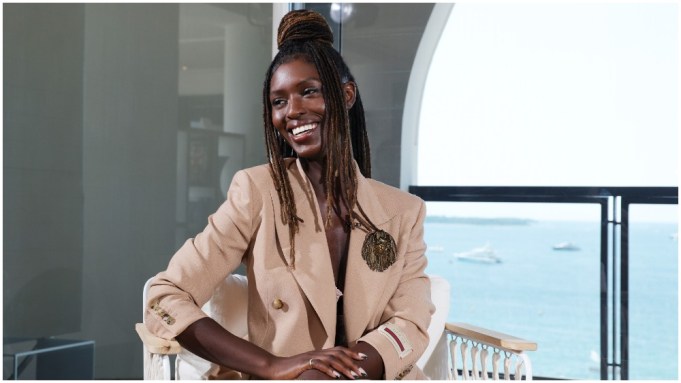 On Sunday morning at the Cannes Film Festival, “Queen & Slim’s” Jodie Turner-Smith spoke out about the lack of opportunities and support afforded to women and people of color in the film industry, both above and below the line.

“I want to make my life about not only working with incredible directors, but working with women, working with women of color, using the opportunities that I have to give opportunities to people where the industry is being gate-kept to them or [who] are not being given the level of respect they deserve when they are extremely talented,” Turner-Smith said during Kering’s Women in Motion talk. The conversation was moderated by Variety’s international editor Manori Ravindran.

Turner-Smith is in Cannes with her latest project, the indie sci-fi film “After Yang.”

“People use the excuse, ‘Well, there aren’t that many female directors.’ The reality is there are very many talented female directors but, again, when you don’t have the opportunity and you’re not given the opportunity, then that door isn’t opened for you and so then it’s like, suddenly, ‘Oh where are they?’ But they haven’t been allowed in.”

“All of these things also have to feed it. You have to hire producers who understand their needs and who understand what kinds of stories we’re trying to tell and how to honor those stories so that you don’t end up with things that feel like tokenism or strange stereotyping or just leaving out people and excluding them. So many times, it’s like, we are going to tell a story that involves Black people, but there are no Black people in the writers’ room, there are no women in the writers’ room. There’s so many different elements of it. And all of those things mean money [to hire] the people that are necessary.”

Turner-Smith, who is currently working on the Noah Baumbach film “White Noise,” also discussed her turn as Henry VIII’s wife in the recent U.K. limited series “Anne Boleyn.” Traditionally, the role of the historical figure — who was white — has not be played by a Black actor.

“I definitely anticipated that there were going to be people that felt a certain way about it,” she said. “I think we’ve seen for years and years that in theater we have characters being played by people of all different ethnicities, but I think definitely in a medium like television or film it’s something we see much less. But I thought it was so interesting that the producers wanted to do something where they did this sort of identity-conscious casting instead of casting somebody based on what color their skin is.

“I think it is the function of art to tell stories in a way that pushes people to see things differently,” she added. “I think as a Black artist in this moment in time, I definitely want to be part of showing people a world that looks different than what they have historically been allowed to see.”