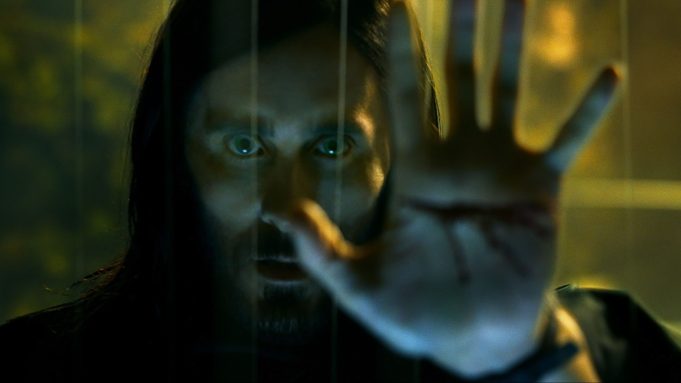 “Morbius,” a Marvel movie starring Jared Leto as a biochemist who becomes a vampire, has seen its release date pushed back two times due to the coronavirus. As Sony Pictures is waiting for movie theaters to open again, the comic book film now has a release date set for January 2022.

In an interview for Variety’s Actor on Actors, presented by Amazon Studios, Leto talks about playing Morbius, the “Spider-Man” foe, which Sony hopes will score at the box office in the same way 2018’s “Venom” did.

“It’s a big, fun movie filled with action,” Leto says. “It’s a brilliant doctor, a researcher, who starts off trying to find a cure for a very rare disease that he has and about 1,000 other people in the world have. I was interested in this role because he goes on this journey from dying to finding a cure for this disease and becoming incredibly healthy, and then having things change in a way that he becomes monstrous. So, it’s a bit of a Jekyll and Hyde, which is of course a classic role.”

Leto is featured in our Actors on Actors issue for his current role in John Lee Hancock’s “Little Things” (on HBO Max on Friday), a drama where he plays a mechanic suspected of committing violent crimes. He spoke to John David Washington, who in 2020 went from Christopher Nolan’s “Tenet” to Sam Levinson’s indie drama, “Malcolm & Marie,” one of the first movies shot during COVID-19 in Los Angeles.

When becoming Morbius, Leto says he found the part challenging, because it wasn’t as character driven as some of his other onscreen transformations. “It was hard for me in some way, because I’m not used to playing roles that are a little bit closer to who I am, day in and day out,” Leto says. “Dr. Michael Morbius is a little closer to the way that I talk and the way that I behave.”

Washington asks him how it felt to make a Marvel movie.

“It’s a pressure cooker,” Leto says. “You have a clock ticking. They’re expensive films. And so, all of the decisions and the time to make those decision are a little bit more heated and so it can be a little more stressful. I think it’s more common with these big movies, you don’t really start with a gem of a script.”

“You start with a hope and a dream and an idea of something,” Leto continues. “And you all try to work as hard as you can, in this given amount of time, to make it as good as it can be. And I think it’s the first time I’ve ever starred in a big movie like this in my entire career, so it was new territory. I generally hide out in the shadows.”

For more from our conversation with Leto and Washington, click here, or watch the full video below.