How to Watch the 2021 Gotham Awards Nominations 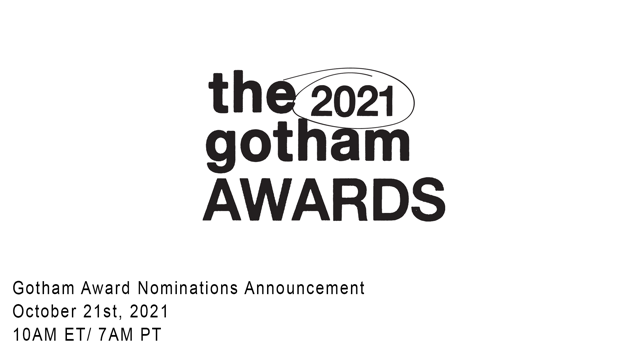 Courtesy of the Gotham Awards

The Gotham Film and Media Institute will announce nominations for the 2021 Gotham Awards on Thursday at 7 a.m. PT. The award show will take place on Nov. 29 at Cipriani Wall Street.

The nominations will be hosted on Variety.com and throughout Variety’s social media platforms.

The event will take place in New York, where winners selected by a jury will be honored for their achievements in independent projects. At last year’s ceremony, “Nomadland” won best feature, Riz Ahmed won best actor for “Sound of Metal” and Nicole Beharie won best actress for “Miss Juneteenth.”

The 2021 Gothams have already announced some special awards, including Kristen Stewart receiving a Performer Tribute, Eamonn Bowles receiving the Industry Tribute, the cast of “The Harder They Fall” receiving the Ensemble Tribute and Jane Campion receiving the Director’s Tribute

One new element of this year’s show is that the organization has gotten rid of gendered awards. The best actor and best actress categories for independent feature films will instead be known as outstanding lead performance and outstanding supporting performance.

Jeffrey Sharp, executive director of the Gotham Film and Media Institute, explained the decision in a statement in August, saying: “The Gotham Awards have a 30-year history of celebrating diverse voices in independent storytelling. We are proud to recognize outstanding acting achievements each year, and look forward to a new model of honoring performances without binary divisions of gender. We are grateful to those who helped to start this conversation in recent years and we are thrilled that the Gotham Awards will continue to support artistic excellence in a more inclusive and equitable way.”

The Gotham Awards are part of The Gotham’s mission to celebrate and nurture independent film and media creators, and provide career-building resources, access to industry influencers, and pathways to wider recognition. The organization fosters a vibrant independent storytelling community through year-round programs, including Gotham Week, Gotham Labs, Filmmaker Magazine, and Gotham EDU.