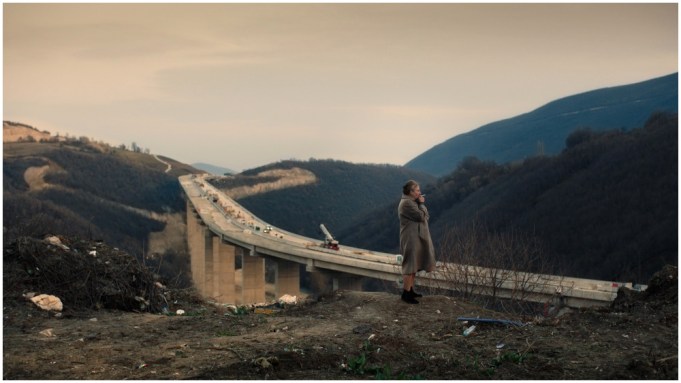 Heretic, the Athens-based boutique production company and sales agent, has acquired world sales rights for “Vera Dreams of the Sea,” the feature-length debut of Kosovan director Kaltrina Krasniqi, which will have its world premiere in the Horizons sidebar of the Venice Film Festival. Variety has also been given exclusive access to the film’s trailer.

Set in modern Kosovo, “Vera Dreams of the Sea” centers on Vera, a sign-language interpreter for a local news station, who is confronted with an unwelcome and stark reality after the suicide of her husband, a newly retired and revered judge. As Vera begins to untangle the messy aftermath, she has to fight a Kosovo patriarchy steeped in centuries-old male traditions in order to secure a future for her daughter.

Written by Doruntina Basha and produced by Shkumbin Istrefi and Krasniqi, the film, which was lensed in Kosovo and Albania, echoes the experiences of the director’s mother during her parents’ divorce.

“Vera, my mother, was in her mid-thirties when she decided to divorce my father,” said Krasniqi. “Raised in socialist Yugoslavia, she believed in the judicial system and fought for several years in courts to ensure our share of inheritance. The lengthy procedures, endless appeals, and high court costs defeated her.

“This was the first time she was confronted with the limits of the society she aspired for herself,” she continued, “becoming aware that the legal system follows a very patrilineal logic, which historically othered women regarding property rights and trapping them in a lifelong economic dependency from men.”

Ioanna Stais, Heretic’s head of sales and acquisitions, said: “‘Vera Dreams of the Sea’ impressed us with its compelling storyline and the strong female lead. Choosing a resilient female character fighting against the patriarchal social structure creates a remarkably tense viewing experience. Despite the fact that it’s set in Kosovo, ‘Vera Dreams of the Sea’ really can speak for and to everyone – it’s an essential and topical story which, in the most subtle way, demands our attention.”

“My producer, Shkumbin Istrefi, and I had considered several sales companies before deciding to partner with Heretic,” Krasniqi added. “What sold them to us was their choice of films, the energetic team and the fact that they understood the layers of the story we wanted to share with the world.”

“Vera Dreams of the Sea” was produced by Shkumbin Istrefi from Isstra Creative Factory (Kosovo) and Kaltrina Kransiqi from Vera Films (Kosovo) and co-produced with Ognen Antov from Dream Factory (North Macedonia) and Klajdi Papadhimitri from Papadhimitri Film Production (Albania).