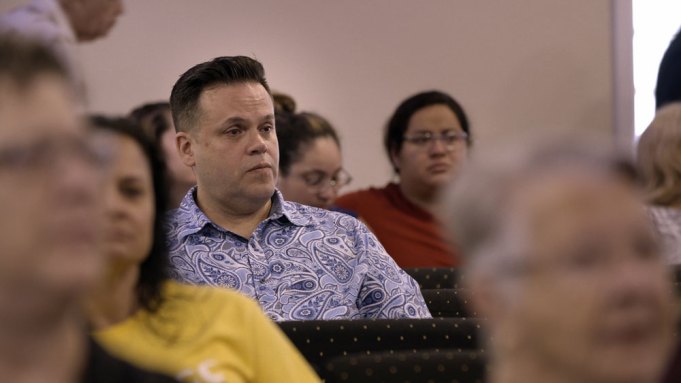 Netflix has released the first trailer for “Pray Away,” the Ryan Murphy- and Jason Blum/Blumhouse Television-produced documentary about the so-called “ex-gay” movement.

The Kristine Stolakis-directed film, which will premiere Aug. 3 on the streamer, chronicles the rise and fall of Exodus International, a group founded in the 1970s by five members of an evangelical church that claimed gay people could become straight if they “pray away” their homosexuality. Since then, many of the group’s most well-known and outspoken members have come out as LGTBQ and have gone public with how harmful conversion therapy is. Conversion therapy is discredited by the World Health Organization and LGBTQ activists have forged legislative and legal battles across the world to ban the therapies.

The 2:35-minute trailer shows Exodus members disavowing the practice after touting they’d been converted on various talk shows and news programs. A new poster features the close up of someone’s face with tape over their mouth imprinted with a newspaper headline about Exodus.

“Pray Away” was set to premiere at the 2020 Tribeca Film Festival, but the pandemic pushed its opening to last month during this year’s edition of the festival.

Executive producers Murphy and Blum previously collaborated on the documentary “A Secret Love” as well “The Normal Heart,” HBO’s TV movie adaptation of Larry Kramer’s play of the same name about the early days of the HIV/AIDS epidemic in New York City.