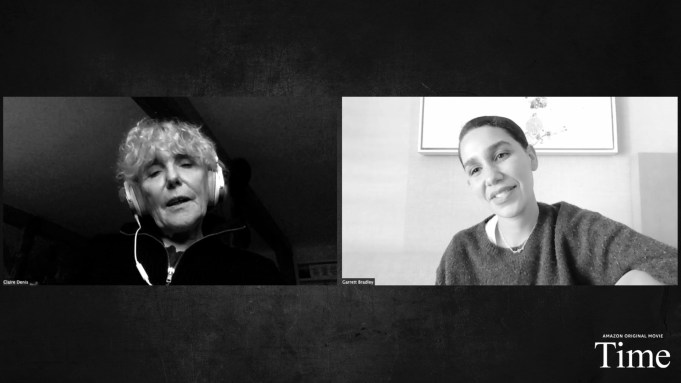 Garrett Bradley’s Academy Award-nominated documentary “Time” was meant to be a short film. Then, on the last day of filming, Fox Rich (who is at the center of the movie) gave her an archive of 100 hours of home videos.

“When you’re making documentaries, for me, [it] has been a real meditation and honoring of the present moment because you don’t have control over the future,” Bradley told director Claire Denis in a conversation for Variety.

“Time” follows Rich (full name Sibil Fox Richardson) as she fights for the release of her husband Rob, who is serving a 60-year prison sentence for participating in an armed robbery. Bradley’s original goal was to witness conversations between women in incarcerated families; the final product instead presents a more personal portrait of such an experience.

“There’s very little evidence of the effects that incarceration has on families and it’s very rarely told from a woman’s point of view, from a family’s point of view,” Bradley said.

Denis applauded Bradley’s film, noting how she felt “transported inside,” and said she admired Rich’s strength and patience. She thought of her as a hero.

“That’s why the film gives so much strength to the audience,” Denis said. “Not only does she have no doubt, but she’s naturally, she cannot accept failure. She is ready for a success. For her, for her life, for the kids. And also, for that man. It’s so hard to even have a small conversation with him on the phone … normally those stories are tragedy.”

In turn, Bradley said she felt honored to be speaking to a role model of her own.

“I just can’t believe that we’re speaking to each other,” Bradley said. “You have been such an incredible influence for so many people and I feel like the poetry that you bring to your work is something that I have tried to do myself in my own way.”