What’s Next for ‘Game of Thrones’ Cast Members

Two years after the finale of “Game of Thrones,” the cast continues with their lineups of new projects. Kit Harington, who told Variety that he doesn’t plan on taking another role as physically demanding as Jon Snow, has made a slow return and is about to debut in the Marvel Cinematic Universe alongside Richard Madden in “Eternals.” Other “Game of Thrones” stars have wasted no time getting back on screen and have multiple productions in the works. Here are a few of the upcoming projects you can catch your favorite Westeros characters in next. 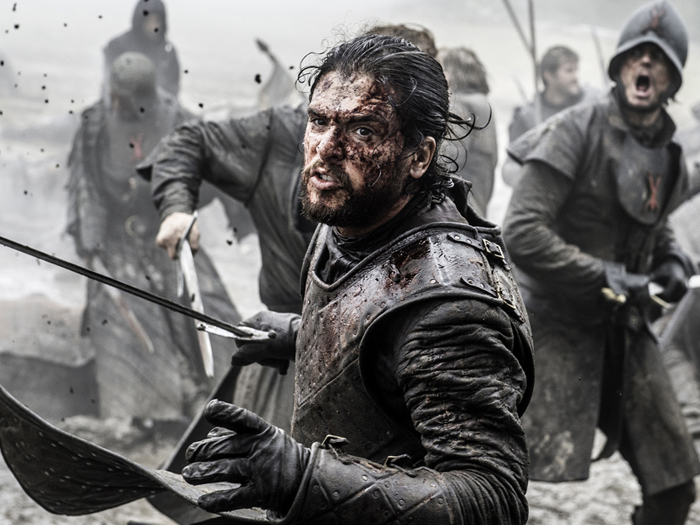 After putting Jon Snow to rest, Kit Harington has kept a relatively low profile. However, he has plans to hit the big screen in November in the Marvel movie “Eternals.” Directed by Chloe Zhao, he will reunite with “Game of Thrones” co-star Richard Madden, set to release November 5. 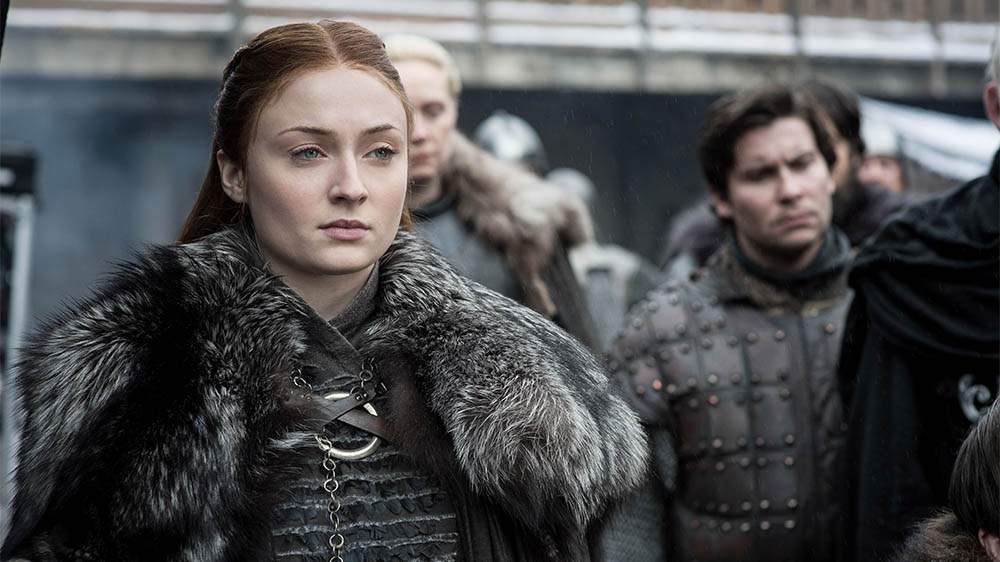 Returning to HBO, Sophie Turner is taking her talents to animation. She will play Princess Charlotte in the animated series “The Prince” that takes a satirical lens to the life of young Prince George. Orlando Bloom and Alan Cummings also star. She welcomed her first child with husband Joe Jonas last summer. 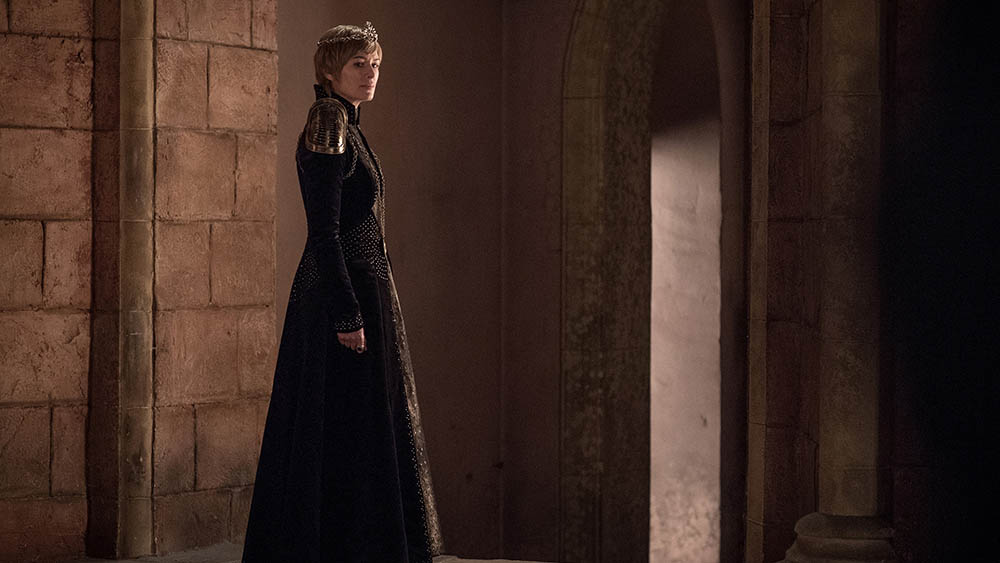 With Cersei Lannister’s fate behind her, Headey joined the cast of “Gunpowder Milkshake” and will star in the forthcoming thriller “Crooks.” Recently, she was tapped to play the female lead in the Spectrum and AMC psychological thriller “Beacon 23.” She will serve as executive producer and play Aster, a woman whose life becomes entangled with a lonely beacon keeper and together they end up trapped at the end of the universe. 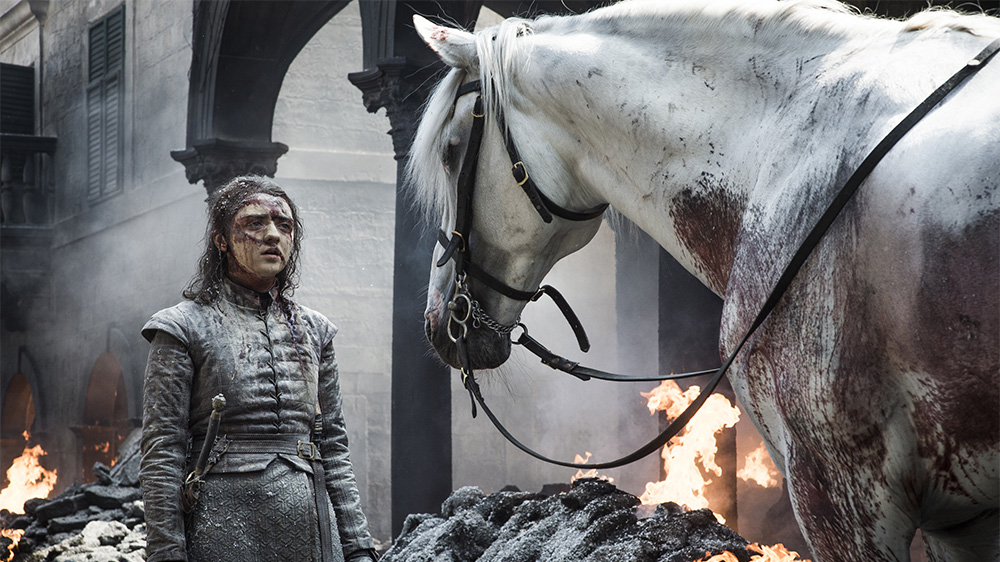 This Stark sister is taking her rebellious nature to FX’s “Pistol,” the upcoming miniseries about English punk legends the Sex Pistols. The Danny Boyle-directed series is currently in production and Williams was spotted in March with sky-high, bleached hair with matching eyebrows. The 24-year-old will portray Pamela Rooke, also known as Jordan Mooney, a model known for her work with Vivienne Westwood at Sex, her boutique on Kings Road in London. 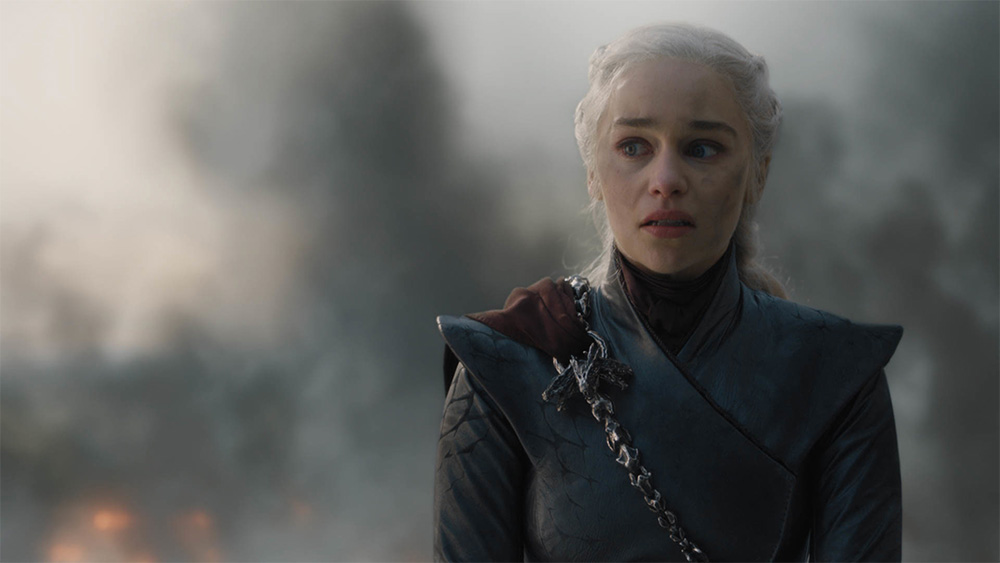 The Mother of Dragons swoops into her next starring roles as poet Elizabeth Barrett Browning in “Let Me Count the Ways,” set in mid-19th century London. Opposite Hugh Laurie, Clarke is also tied to “The Amazing Maurice,” an animated movie about a streetwise cat who has the perfect money-making scam. It is still in production. 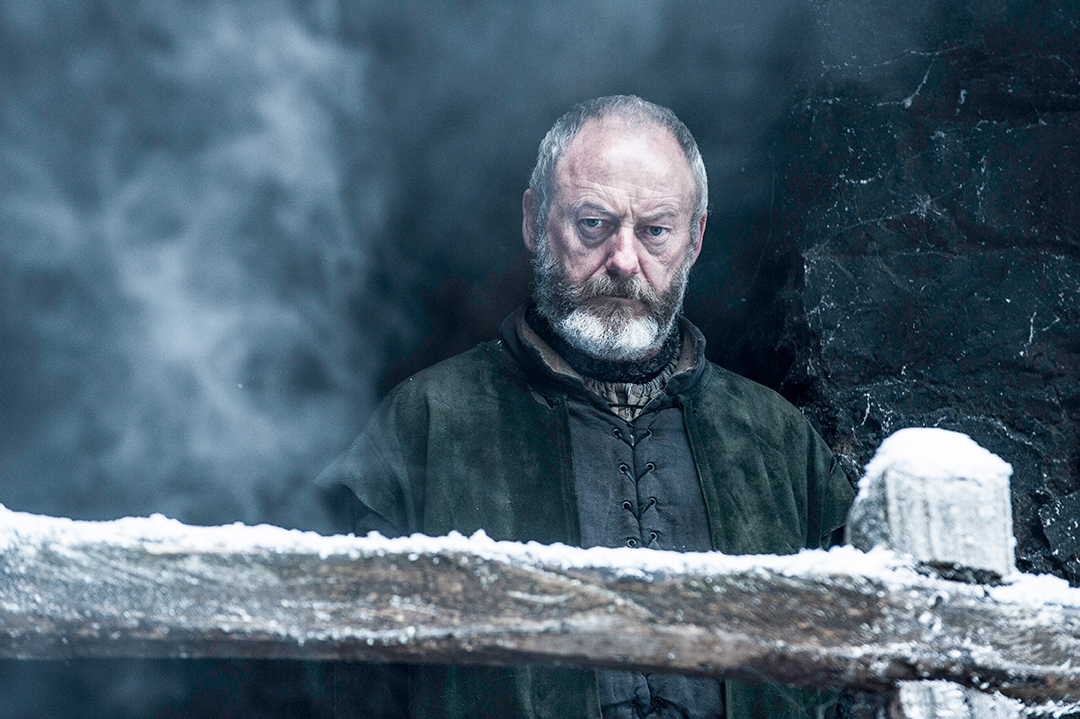 Liam Cunningham is set to appear in “Way Down” and join another ensemble cast: the star-studded lineup of the video game “Squadron 42” alongside Gary Oldman, Mark Hamill, Mark Strong and Ben Mendelsohn. He will be in the animated reboot “Masters of the Universe: Revelation” and TV drama “Domina,” a series about the life of Livia Drusilla, the powerful wife of Augustus Caesar. 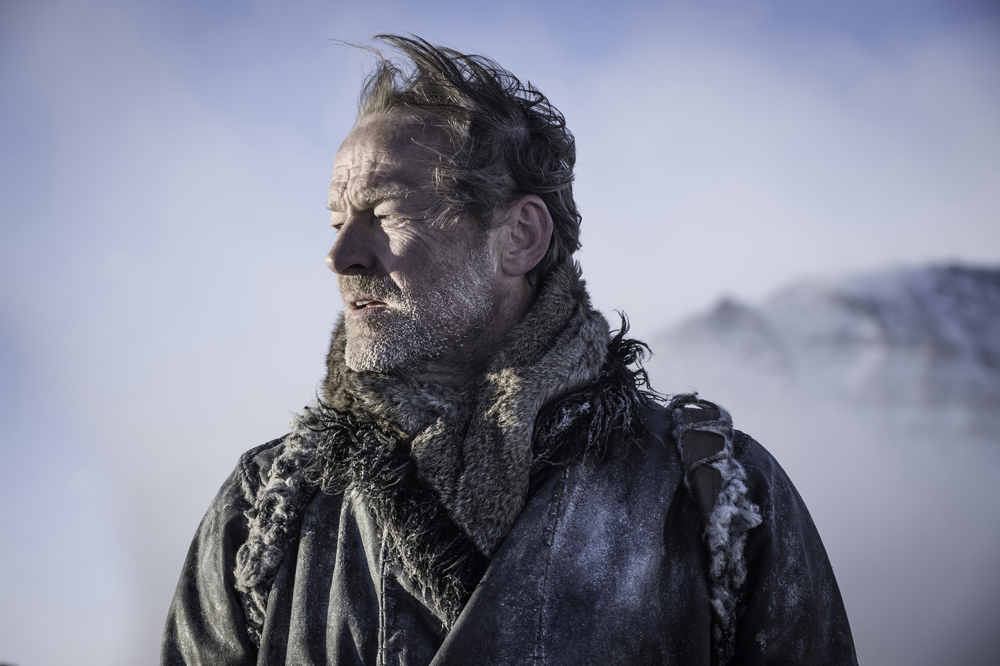 Ian Glen is staying busy with a slew of upcoming projects. He will be in romance drama “What About Love,” due next year, and has been casted in miniseries “The Rig,” Peter Pan spinoff movie “The Lost Girls” and war drama “The Last Front.” 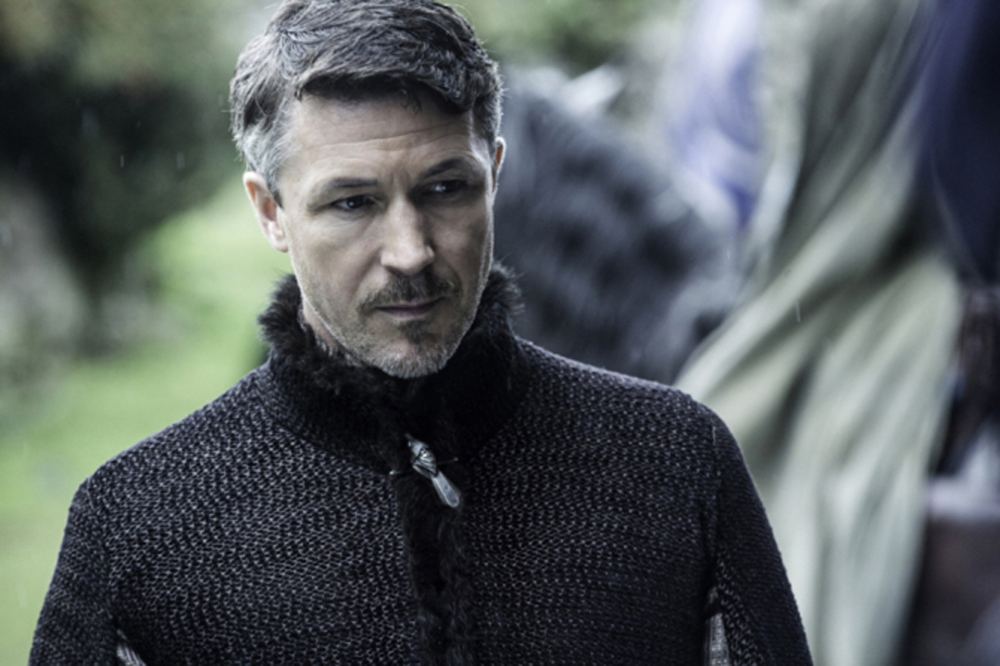 The Littlefinger actor is jumping from one literary behemoth to another. After his stint on George R.R. Martin’s series, Gillen will take on the miniseries adaptation of John Le Carre’s “The Spy Who Came in From the Cold.” The actor is also set to appear alongside Nicholas Hoult and Angelina Jolie in “Those Who Wish Me Dead.” 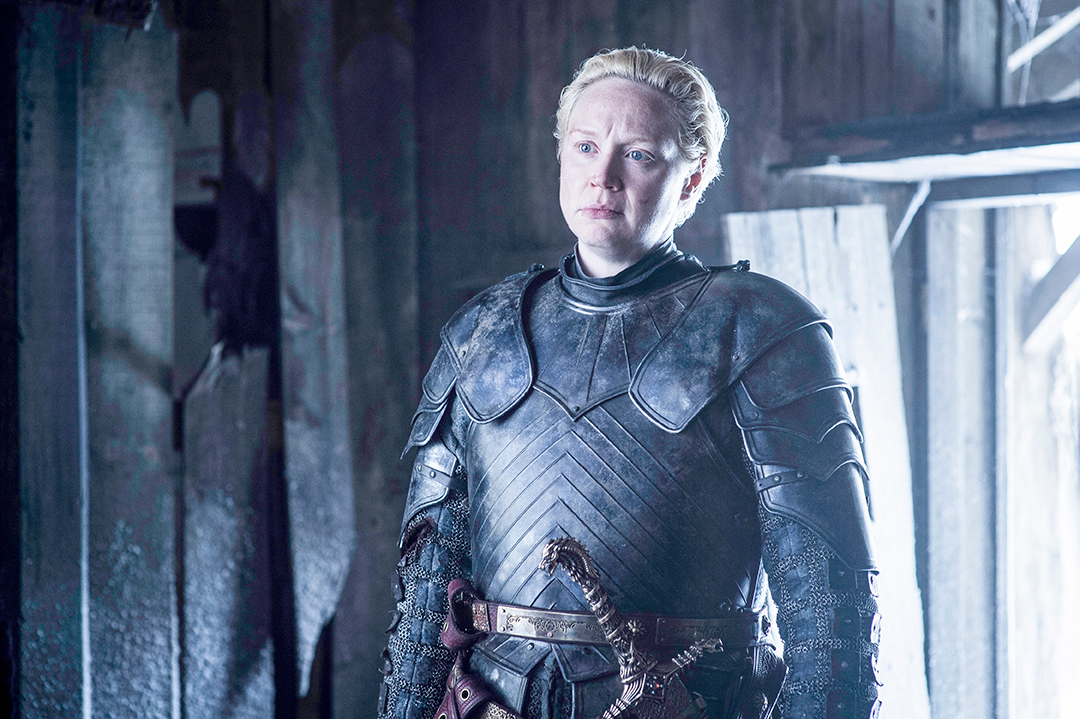 Gwendoline Christie will play Lucifer in the highly anticipated Netflix series “The Sandman” based on the DC Comics by Neil Gaiman. Due this year, it sees Dream venture to reclaim his lost equipment after decades of imprisonment by a mortal wizard. 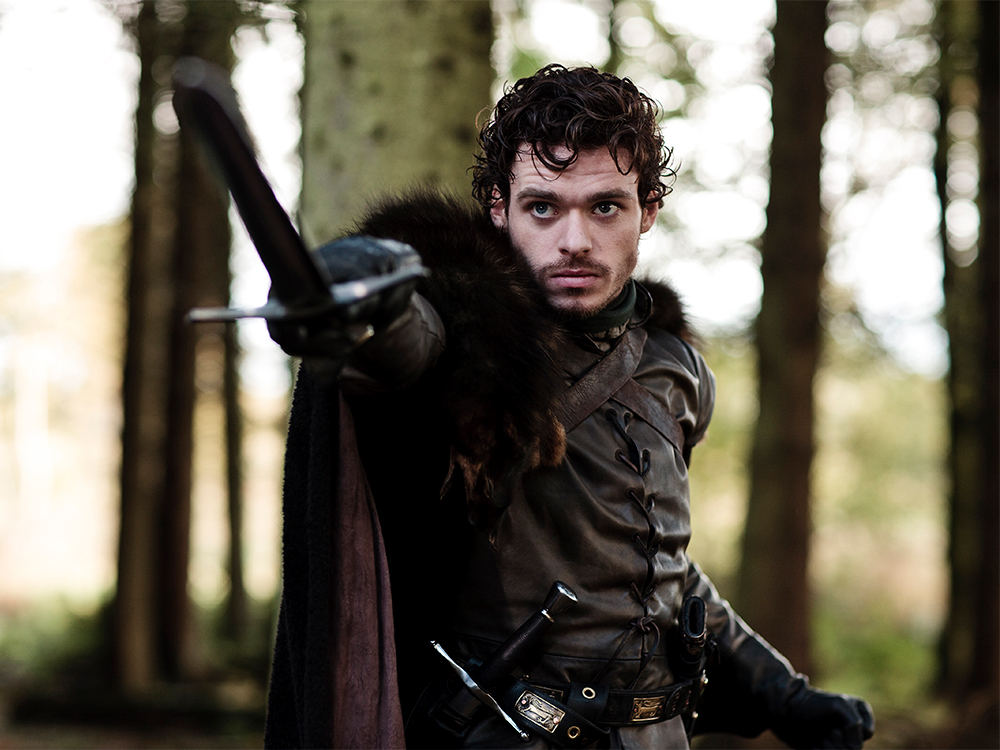 Robb Stark met his untimely demise ages ago at the Red Wedding while his real-life actor is alive and doing quite well. Following memorable roles in “1917” and “Rocketman,” he play Ikaris in “Eternals” alongside Harington, Angelina Jolie and Kumail Nanjiani, among others. In addition, Madden will be in tv miniseries “Films of Scotland” and “Citadel.” 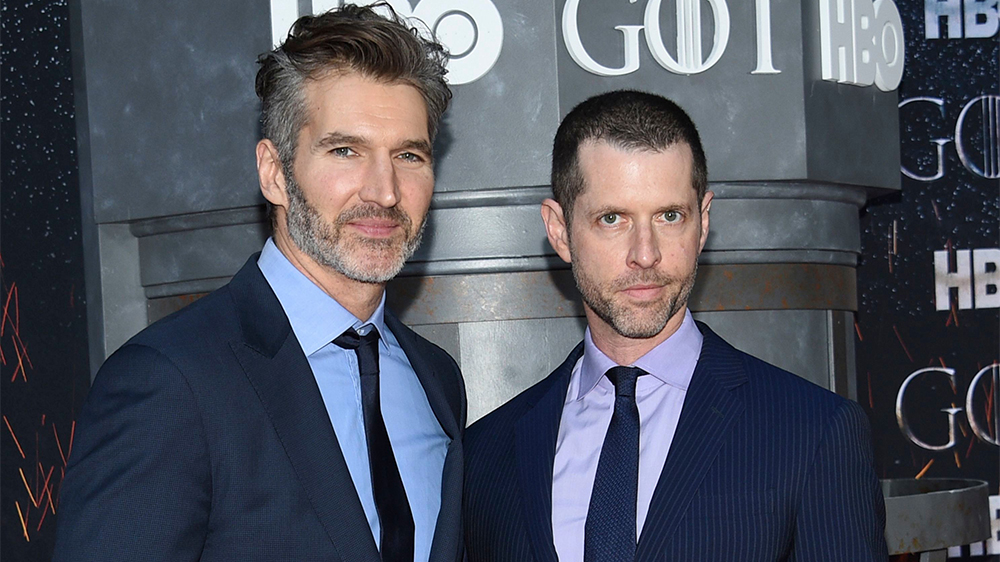 Pivoting away from the fantasy realm, the “Game of Thrones” creators serve as executive producers on the upcoming Netflix series “The Chair.” The dramedy cast includes Sandra Oh and Jay Duplass and looks at the trials and tribulations of the English department at a major university. Their overall deal with Netflix also includes adapting the sci-fi book trilogy “The Three-Body Problem” and “Metal Lords,” a movie about two friends who try to form a heavy metal band with a cellist to compete in the Battle of the Bands. 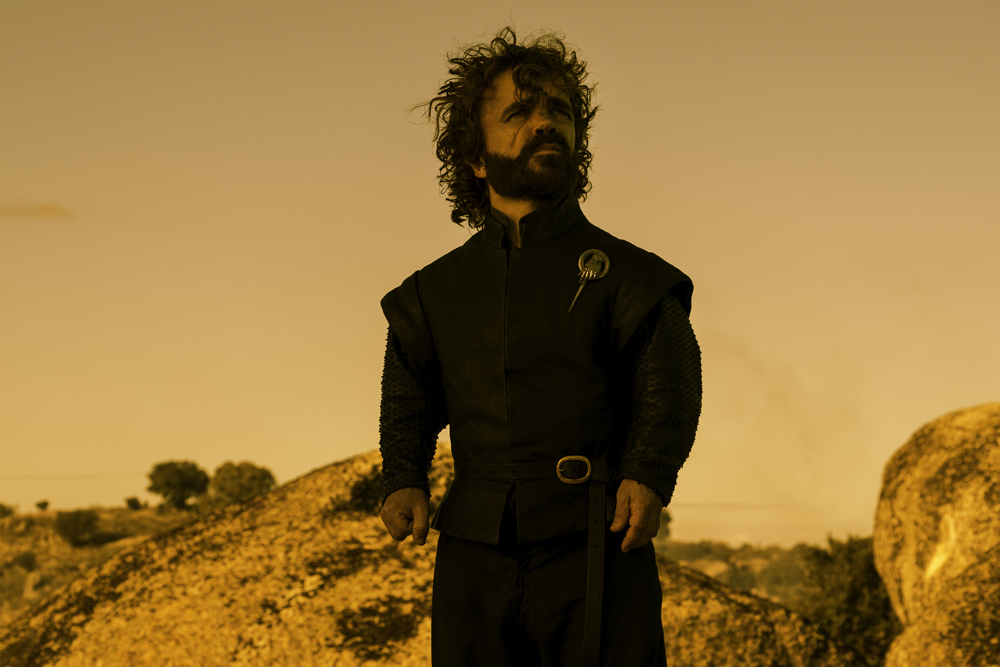 Tyrion 2.0? Peter Dinklage will play the lead role in “The Dwarf,” a medieval period piece about a Machiavellian dwarf who brings the kingdom to the brink of ruin by manipulating the prince he serves. Dinklage will be kept busy with numerous roles that are currently in pre-production or are filming, including the titular role in “Cyrano,” “Hitpig,” “The Ticket,” “The Toxic Avenger” and “American Dreamer.”

The middle Lannister will star in scripted podcast “Mask of Sanity,” a serial killer story based on true events from Bulgarian journalist Dimiter Kenarov. The project is part of a new collaboration among Audible, Vespucci and Big Light Productions. On screen, he will serve as executive producer and lead for TriStar Television’s “The Second Home,” a drama that unveils a fateful Cape Cod summer and its devastating aftermath. Coster-Waldau will also co-star alongside Katrine Greis-Rosenthal in Danish film “A Taste of Hunger,” which was purchased by Magnolia Pictures last December. 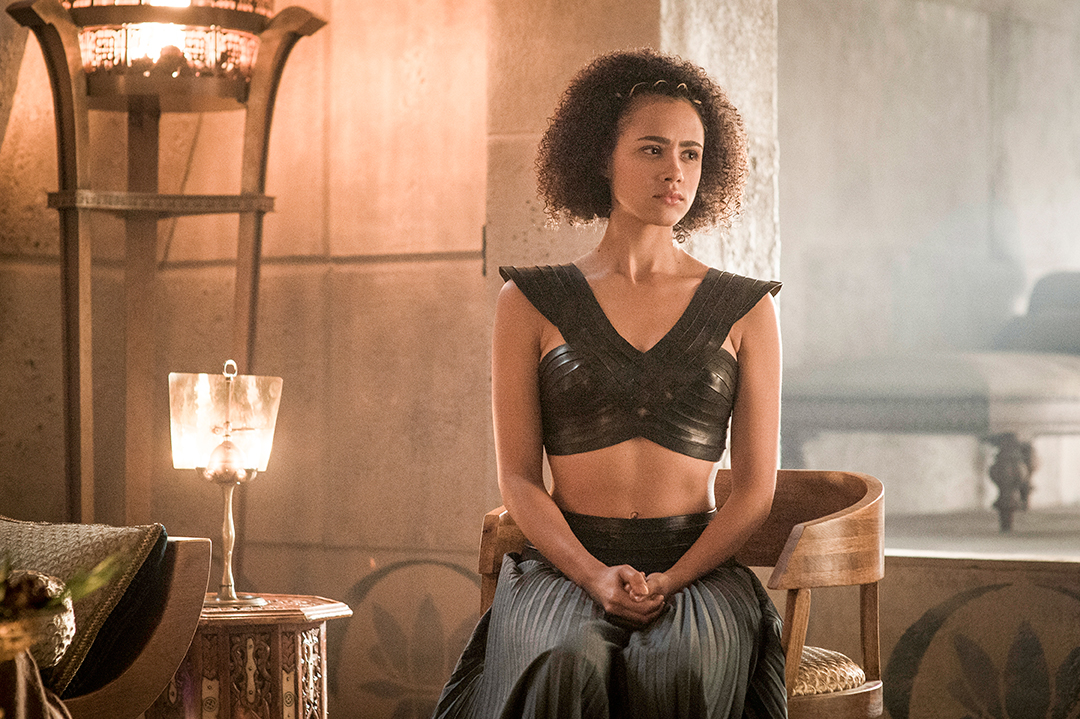 Catch the Missandei actor as Ramsey in “F9,” out this summer on June 25. She’ll then ditch muscle cars and pivot to the seas for “Unsinkable,” a war TV series also starring John Malkovich and Thomas Brodie-Sangster. She is also part of the cast “Army of Thieves,” a prequel set before the events of “Army of the Dead” in which a group works to survive during the early stages of the zombie outbreak.