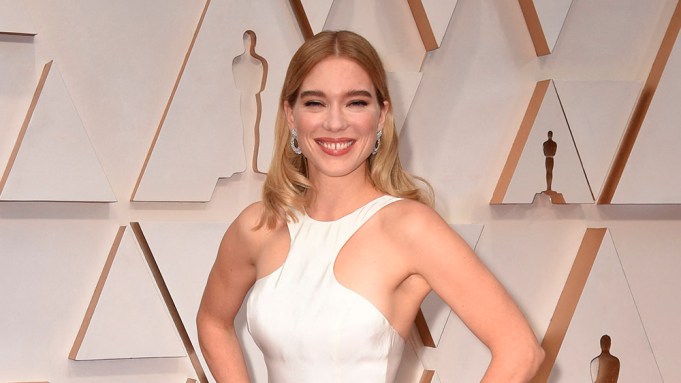 UPDATED — French actor Lea Seydoux is supposed to be the toast of this year’s Cannes Film Festival with four films, including three in competition. But sources say that the French star may cancel her trip to the South of France after testing positive for COVID.

In a plot twist worthy of an episode of “Call My Agent!,” Seydoux won’t be able to attend the world premiere of Wes Anderson’s “The French Dispatch” on Monday night. She has been waiting for negative test results for two consecutive days in order to make the trip to Cannes and may still come later in the festival, which ends on Saturday. The Cannes Film Festival tweeted on Monday the names of other key cast members who have confirmed their presence on the ground for the premiere, including Benicio del Toro, Jeffrey Wright, Adrien Brody, Tilda Swinton, Timothée Chalamet, Owen Wilson and Mathieu Amalric. Update: Anderson did make it to the premiere of his film at Cannes after doubts he might not attend.

A spokesperson for Seydoux confirmed she tested positive for COVID-19 despite being fully vaccinated and asymptomatic. She will remain in quarantine until her doctors deem her safe to travel to Cannes and attend festival events.

Seydoux’s other films in competition are Ildiko Enyedi’s “The Story of My Wife,” and Bruno Dumont’s “France.” She also stars in Arnaud Desplechin’s film “Deception.” The critically acclaimed actor has been talked about as a strong contender for a best actress award at Cannes due to the number of films she has playing at the festival. She won the Palme d’Or for her performance in Abdellatif Kechiche’s 2013 film “Blue is the Warmest Color,” which she shared with Kechiche and her co-star Adèle Exarchopoulos.

Cannes Film Festival’s general secretary Francois Desrousseaux told Variety yesterday that there was no COVID-19 cluster at Cannes four days into the festival. He said that out of several thousand people getting testing here on a daily basis, there are an average of three cases per day. Salivary RT-PCR tests have been carried on at a 300 square-meter lab tent adjacent to the Palais des Festivals.

The festival’s organizers have slightly ramped up the health protocol in view of the COVID cases reported. Cannes’ organizers have now demanded that every festival staffer undergo a test every two days, rather than every five days which is the normal requirement for event employees.