‘Eurovision’: Húsavík, the Icelandic Town From the Film, Campaigns for Oscar 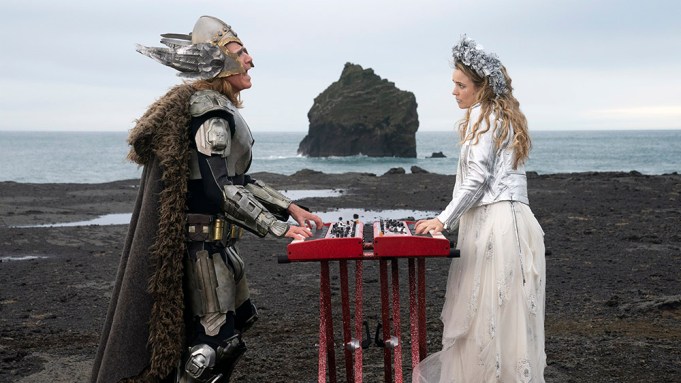 When the Will Ferrell-Rachel McAdams comedy “Eurovision Song Contest: The Story of Fire Saga” hit Netflix last year, it garnered a lot of fans. Among those are the residents of Húsavík, the small fishing village in Iceland with 2,300 residents, where the film is set. And they couldn’t be more thrilled that the song from the film, also called “Húsavík,” has made the shortlist for the Oscars. An ode to town itself and the universal love for hometowns, it features lyrics like, “Where the northern lights burst out in colors / And the magic nights surpass all others.”

Now the town has created their own campaign for the song here and produced a video extolling the virtues of “the most beautiful town in the world.” Resident Óskar Óskarsson (actor Sigurður Illugason) takes us through the town, even stopping to make an offering for the elves, and shows how excited the residents are for the upcoming Academy Awards. Well, there is one objector — Olaf Yohansson, aka “Jaja Ding Dong guy” (played by actor Hannes Óli Ágústsson) — who only wants to hear his song.

There is also a crowdfunding page, where you can donate to help build a Eurovision Museum. According to Húsavík local Örlygur Hnefill Örlygsson, the museum will have three main exhibits: “The first exhibit looks at the history of the Icelandic qualifier contest ‘Söngkeppnin.’ The second part of the museum is dedicated to the Eurovision movie and Húsavík’s role in the story of ‘Fire Saga.’ The third section will tell the continental story of the contest and its participant countries through the years.”

“Husavik” was composed by Atli Örvarsson with lyrics written by Fat Max Gsus, Rickard Göransson and Savan Kotecha. The song is performed by Ferrell and Molly Sandén, under the stage name My Marianne.

“’Husavik’ was also a really emotional song,” Ferrell told Variety in December. “Every time Rachel [McAdams] would perform, [director David Dobkin] would come up and ask if I was okay because I couldn’t stop welling up. It’s just so beautiful.”