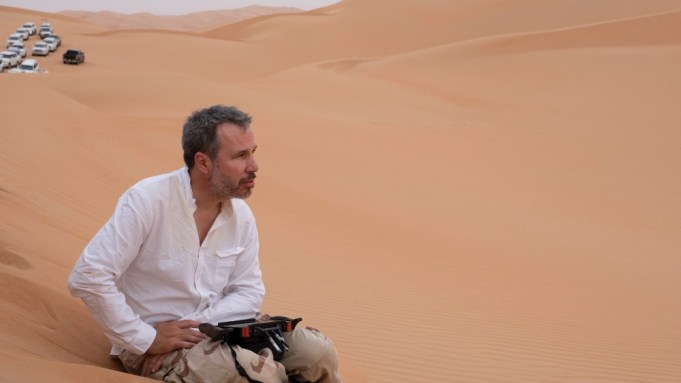 The Abu Dhabi Film Commission is understandably proud that Warner Bros. Pictures and Legendary Pictures filmed at the Liwa desert, the large oasis area in the Western Region of the Emirate that doubled as the desert world of Arrakis, and in the past also served as a set for “Star Wars: The Force Awakens.”

“Dune” director Denis Villeneuve filmed at the Liwa desert over 11 days with a team of local and international talent. The film benefited from a rebate through Abu Dhabi Film Commission, while production services were provided by Dubai-based Epic Films, along with support from a number of UAE production partners, including twofour54, Go Aerials, Filmquip Media, FSTOP Location Services and EMAN Transport.

This exclusive behind-the-scenes promotional footage shows the cast and crew on location for a sequence of key scenes set on Arrakis, and features Villeneuve praising the location and the Abu Dhabi Film Commission’s services.

What drew ‘Dune’ to Abu Dhabi?

Abu Dhabi’s reputation as one of the most diverse yet accessible locations for filming is what put us on the director’s radar, but the deal was sealed when Denis first laid his eyes on Liwa. He was simply blown away by the depth and richness of its beauty.

We’re blessed to have such an incredible natural landscape on our doorstep and I suspect that having towering dunes, idyllic oases and Bedouin culture just a short drive from a modern, metropolitan city such as Abu Dhabi was another attraction. We certainly feel the combination of such mesmerizing natural settings and accessibility is a rare offer for filmmakers. It is one of the reasons so many of the world’s top directors come here, not just for the desert, but also the pristine beaches, futuristic cityscapes, industrial complexes and architectural marvels. There is just such a rich diversity of locations.

That said, a film crew also needs expert local talent, world-class facilities and a supportive environment, all of which Abu Dhabi offers. It really is end-to-end support. Of course, a 30% rebate and year-round sun help too.

How long did Villeneuve and his crew shoot in Abu Dhabi? And how deep was the crew?

Abu Dhabi Film Commission worked with Denis and his team for quite some time to secure the right locations and arrange the logistics, from filming permits to travel and accommodation. This meant that when they arrived they were able to shoot smoothly and seamlessly across 11 days with the support of a number of local businesses and freelancers from twofour54 Abu Dhabi, the media and entertainment hub. In total, they had a cast and crew of more than 100 people on location.

Why was Liwa such a great stand-in for Arrakis?

Liwa really is one of the stars of the film. Its stunning landscape is the perfect double for the desert world of Arrakis, where “Dune” is set. One of the largest and most beautiful natural landscapes in the world, Liwa is known as the “Empty Quarter” because of its size and remote nature, and the crew were able to use that diversity and scale to capture sweeping aerial and ground shots, as well as for the perfect backdrop to key action and dramatic scenes.

Is there any particular way in which the Abu Dhabi Film Commission was helpful to the “Dune” shoot?

However, we also worked hard to make sure that their experience here was as simple as possible, so we facilitated logistics such as applications for filming permits and helped with the import of equipment.

They also found the perfect partner in [Dubai-based] Epic Films, who managed much of the project for them in the UAE.

When will “Dune” play in UAE cinemas? I imagine that the fact that it was partly shot there will be a point of pride

We are hugely proud of every production that is produced in Abu Dhabi, from blockbusters such as “Dune,” “Star Wars,” “Mission Impossible” and “Fast and Furious,” to Arabic dramas and Bollywood hits.

It is a pleasure to watch our incredible emirate on both the big and small screen, and to see our different creative minds harness its incredible locations to tell their stories.

Dune, of course, is a real milestone for us. It will be released in the UAE on Sept. 23 and is one of the first really big movies to be released as the world emerges from the pandemic, illustrating that no matter the challenges, Abu Dhabi has the creative and collaborative spirit to overcome them.

Equally, we know that by attracting such filmmakers as Denis and his team to Abu Dhabi, our own talent is working alongside the world’s best and learning from them. This strengthens our industry here and makes Abu Dhabi an even more attractive place for filmmakers.