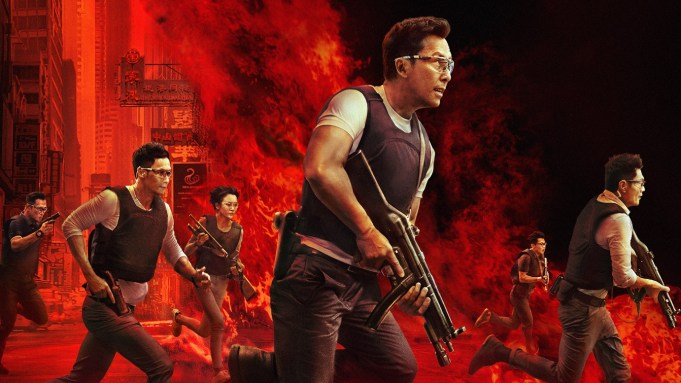 The pic is set to hit U.S. theaters later this year before landing on martial arts streaming channel Hi-YAH!.

It was produced by Emperor Film Production, Tencent Pictures and Super Bullet Pictures.

“We are thrilled to team up with Emperor, Tencent and Super Bullet Pictures to bring ‘Raging Fire’ to North American audiences,” said Doris Pfardrescher, Well Go USA president and chief executive. “Martial arts and Asian action fans have been anxiously awaiting the next big Donnie Yen theatrical, and ‘Raging Fire’ is more than worth the wait.”

In the movie, Yen plays Shan, a well-respected veteran cop whose past comes back to haunt him when a sting operation is attacked by a mysterious group of criminals. They are led by Ngo (Nicholas Tse), one of his past protégés on the police force who had once respected and admired him. But Ngo has changed after three years in prison, having emerged with a deep-rooted grudge and a mission to destroy everyone who had ever wronged him — including his former mentor.

The deal was negotiated by Pfardrescher at Well Go and Miriam Cheung at Emperor Film Production on behalf of the filmmakers.

Well Go USA Entertainment is headquartered in Plano, Texas, with an additional office in Taiwan.

(Watch the English-subtitled trailer for “Raging Fire” above.)