‘Shang-Chi,’ ‘Free Guy’ Will Play in Theaters for 45 Days Before Home Viewing 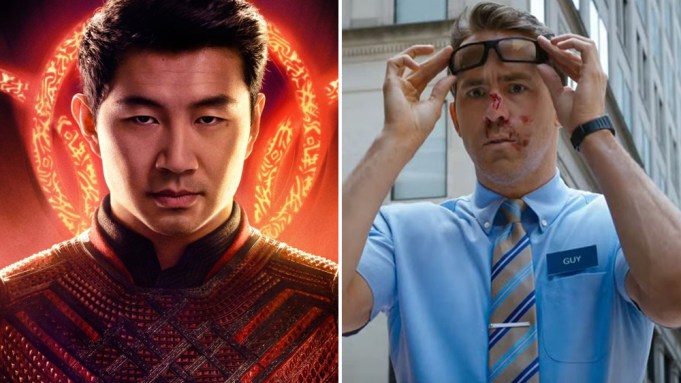 Marvel Studios’ “Shang-Chi and the Legend of the Ten Rings” and 20th Century’s “Free Guy” will open in movie theaters exclusively, Disney CEO Bob Chapek announced during a Q2 earnings call on Thursday. But both films will only play in theaters for 45 days before transitioning to home viewing on VOD and streaming.

The decision is the final nail in the coffin for the traditional 90-day exclusive theatrical window that had been the industry standard for decades before the COVID-19 pandemic.

“Shang-Chi” (which opens on Sept. 3) and “Free Guy” (Aug. 13) are Disney’s first pure theatrical releases since the 20th Century film “The New Mutants” opened on Aug. 28. Otherwise, the company has either sent its features straight to streaming on Disney Plus (as with Pixar’s “Soul” in December and “Luca” this June 17), or debuted them simultaneously in theaters and via “Premium Access” for an additional $30 on Disney Plus (as with “Mulan” in September, “Cruella” on May 28, “Black Widow” on July 9, and “Jungle Cruise” on July 30).

Chapek said the decision to release “Shang-Chi” and “Free Guy” exclusively into theaters was based on “recent signs of increased confidence in moviegoing.” But he also indicated that Disney will continue to pursue its new hybrid release framework as movie theaters in the U.S. and the rest of the world attempt to return to a new normal.

“Flexibility is a key component of our distribution strategy,” Chapek said. He specifically cited high merchandising revenue for the Disney Plus series “The Mandalorian” as an example of how the company is seeing ancillary financial benefits without the boost of a theatrical debut.

Disney’s decision to halve the 90-day window aligns the studio with Paramount’s announcement in February that its upcoming theatrical releases — including “Mission: Impossible 7” and “A Quiet Place Part II” — will play for 45 days before premiering on its rebooted streaming service Paramount Plus.

It’s unclear if the shorter windows will outlast the pandemic. Chapek described them as a concession to “the relatively fluid nature of the recovery.” He noted that theaters are open all across the U.S., but revenues are still down.

“We’re trying to monitor are consumers ready to go back to theaters,” he said.

Other studios have used the pandemic to experiment with different distribution strategies. Warner Bros. sent shockwaves last December with the decision to release its entire 2021 theatrical slate simultaneously in theaters and on HBO Max, but for 2022, the studio is also beginning to shift to a shortened theatrical model. In March, Warner Bros. signed a deal with Cineworld, which owns Regal Cinemas, that will allow for a 45-day theatrical window in its theaters; in the U.K., the window will be 31 days, with an option to push to 45 days if the film hits certain box office benchmarks.

Universal was the first major studio to shatter the theatrical window when it announced last July that it had forged a revenue-sharing deal with AMC Theaters that would allow some Universal features to play for as little as 17 days in theaters before moving to premium VOD. Universal struck a similar deal with Cinemark Theaters in November.

The only remaining major, Sony Pictures, hasn’t yet announced its long-term plans for theatrical exclusivity, but industry observers expect the studio will adopt a similar shortened window.

CORRECTION: Disney has not announced specific post-theatrical plans for “Shang-Chi” or “Free Guy”; a previous version of this story stated that they were going straight to Disney Plus.