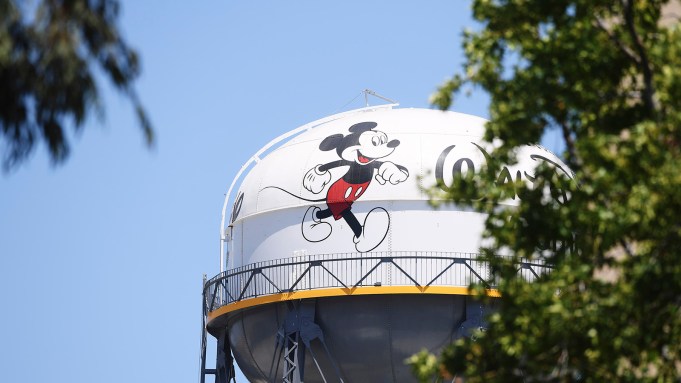 Things are looking a lot more magical at The Walt Disney Company these days.

Revenues climbed 45% during the entertainment giant’s most recent financial quarter and Disney swung back into profitability for the three-month period ending in June. It was a sign that the family-friendly conglomerate, which makes its business trading in a signature mix of fancy and whimsy, is starting to shake off the all-too-real impact of the COVID-19 economic slowdown.

Revenues hit $17 billion, up from $11.8 billion in the year-ago quarter, while Disney posted a profit of $995 million or 80 cents per share. That compared favorably with the loss of $4.8 billion or $2.62 per share that the company logged in the year-ago period.

It also easily topped Wall Street’s projections. Analysts had expected the company to post revenue of $16.8 billion on earnings per share of 55 cents. More good news came in the form of Disney Plus, the company’s newly launched Netflix-challenger, which rebounded in the quarter, attracting 12.4 million net new subscribers and trumping targets to stand at 116 million worldwide as of July 3. That turbocharged Disney’s stock, which rose more than 4% in after-hours trading. It was a far brighter picture than last quarter, when the company fell short of its Disney Plus subscriber expectations.

Elsewhere things at Disney appeared to resemble the Magic Kingdom of yore. The company’s theme parks have reopened and its film studio has begun to release major films theatrically again, but things haven’t returned fully to normal. Most of the movies that Disney has released of late, such as “Cruella” and “Raya and the Last Dragon,” have simultaneously debuted on Disney Premiere Access — the rental platform it operates on its Disney Plus streaming service. That’s both a concession to the rising rates of COVID-19 in parts of the globe and an acknowledgement of the reality that many of the children who make up a large part of the studio’s audience cannot be vaccinated yet.

But even though Disney and its investors may want to put coronavirus in the rearview mirror, the pandemic may have other plans. The earnings report also arrives as storm clouds are gathering for the entertainment sector. The delta variant has threatened to undue much of Hollywood’s comeback, and to threaten the travel and leisure sector that provides the core of Disney’s profits.

The return to revenue growth after five quarters of contraction was reflected in the results across Disney’s divisions. The company’s media and entertainment division, which includes Disney’s film, television and streaming arms, reported $12.7 billion in revenue, an 18% improvement on the prior year-quarter. Higher sports programming costs took a chunk out of profits, with operating income at the division falling 32% to $2 billion.

The company’s parks, experiences and products division logged revenues of $4.3 billion, compared to the $1.1 billion in revenues that Disney reported in the year-ago period — a time frame when most of its resorts were shuttered and its cruise lines were in dry dock. Net income at the division hit $356 million, up from a loss of $1.9 billion in the prior-year period.

On the direct-to-consumer front, Disney Plus, and the company’s other streaming services, Hulu and ESPN Plus, played an integral role in driving the sales growth. Streaming revenues hit $4.3 billion, a 57% growth from the year-ago quarter.

Disney has been in the headlines in recent weeks due to a dispute with Scarlett Johansson over the studio’s decision to simultaneously release “Black Widow” in theaters and on Disney Plus. The actress has sued the company for breach of contract, claiming that Disney’s decision cost her millions in box office-based bonuses. On an earnings call with analysts, CEO Bob Chapek allied to the contretemps, while also name checking his predecessor, Bob Iger.

“Both Bob Iger and I, along with the distribution team, decided this was the best strategy because it enabled us to reach the broadest audience,” he said.