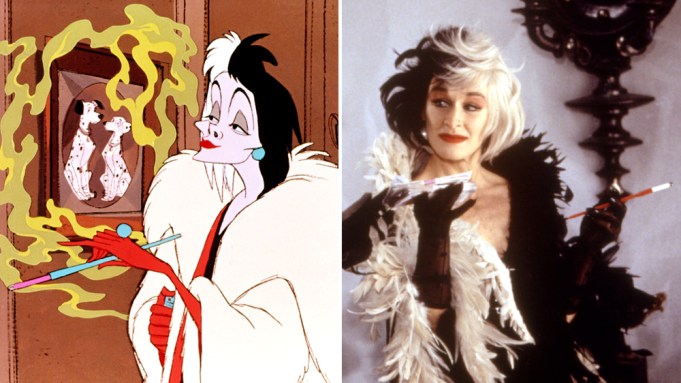 In the film, which arrives in theaters and on Disney Plus Premiere Access on May 28, there’s nary a cigarette to be seen on the big screen. That’s intentional.

For the character, it’s a deviation, akin to Captain Hook without his Hook or Jafar without his snake-headed scepter. In every adaptation featuring Cruella de Vil — including the 1961 animated classic “One Hundred and One Dalmatians,” the 1996 live-action “101 Dalmatians” with Glenn Close or the late-’90s animated TV series — her cigarette acts as another appendage.

In recent years, Hollywood companies have made a concerted effort to steer clear of depictions of smoking on-screen in programs geared toward younger viewers. A 2020 study conducted by the Truth Initiative, which advocates against the use of tobacco on the big and small screen, found that young people who saw their favorite characters smoking were three times as likely to start vaping compared with peers with no exposure.

That’s resulted in fewer films that show characters smoking. The only movies currently in theaters that depict cigarette usage are the Warner Bros. family film “Tom & Jerry” and Universal’s R-rated action thriller “Nobody” with Bob Odenkirk. On TV, it’s much more prevalent. According to the University of California at San Francisco’s Center for Tobacco Control Research and Education, Netflix’s “Stranger Things” is one of the biggest offenders, with “Shameless,” “Euphoria,” “Big Mouth” and “The Simpsons” each having numerous instances of tobacco use.

Robin Koval, president and CEO of the Truth Initiative, says it’s vital to “sound the alarm” on the glamorization of tobacco imagery — including e-cigarettes and vape pens.

“The alarm is blaring even louder this year as new data clearly demonstrate that tobacco content is directly fueling the youth e-cigarette epidemic,” Koval says. “As Big Tobacco reinvents itself with electronic products to lure young people to a lifetime of addiction, the entertainment industry should not be complicit and must do more by implementing policies that can limit ongoing tobacco exposure.”

If that doesn’t scare you, no evil thing will.