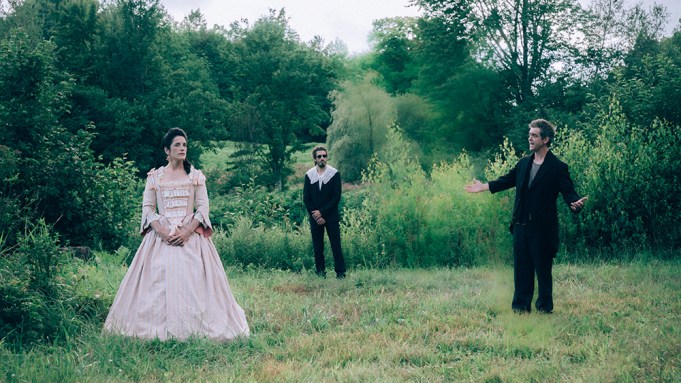 Following hard on the heels of the film’s selection for this year’s Berlin Film Festival Encounters section, director Denis Côté has shared a first trailer for his new movie “Social Hygiene,” the latest from the Canadian director who won a Silver Bear for 2013’s “Vic+Flo Saw a Bear.”

At first glance, if the trailer is anything to go by, “Social Hygiene” seems at first glance a perfect pandemic movie: characters talking much more than two meters apart in a fresh verdant Canadian countryside.

Côté, however, wrote the movie — even down to its title — in 2015 when alone on holiday in Sarajevo “in a state of alienation.” The only COVID-19 connection is the film’s expression of a desire to flee and to defy reality and his desire to make a comedy in such somber times, he’s said.

All, in various ways, tell Antonin, currently a petty thief sleeping in a friend’s Volkswagen, to get his life back on track, which means securing gainful employment, getting back with his wife, getting on with his movie making, or getting his financial affairs in order. Aurore just wants to get back the laptop computer Antonin stole from her car.

Sold by the film’s producers — Côté and Annie St-Pierre’s Inspiratrice & Commandant, and Aoan Yang’s and Andreas Mendritzki’s Greenground Productions — “Social Hygiene” suggests from its trailer a succession of middle-shot, fixed-camera tableaux, with the characters, save Aurore, stuck to their positions in the long grass fields like figurines.

No character talks in the teaser though they will in the film, exchanging declaimed banter which, like the women’s period garb, often seem anachronistic.

Côté may understand the women, but his heart seems with Antonin, a dilettante who has no intention of adapting to the pretensions, posturing and productivity of the modern age. He’s articulate and elegant but a romantic and non-achiever. “I have the impression,” Côte has said in interviews, that “we could use a heedless dandy in our world today.”