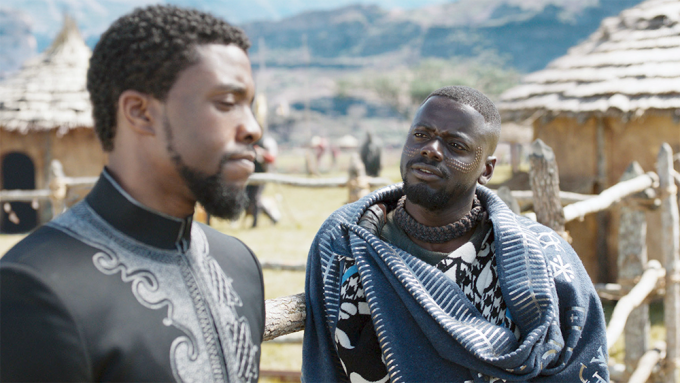 Daniel Kaluuya first realized that “Black Panther” would become a cultural phenomenon when he was shooting the 2018 Marvel superhero movie.

In an interview for Variety’s Actors on Actors, Kaluuya and Tom Holland spoke together about their latest projects. In “Judas and the Black Messiah,” Kaluuya stars as civil rights leader Fred Hampton. And in “Cherry,” Holland playing a war veteran suffering from PTSD and drug addiction.

During the conversation, the two actors talked about their experiences making Marvel movies. Holland is Spider-Man, of course. And Kaluuya played W’Kabi, the best friend to T’Challa (Chadwick Boseman), in a movie that shattered box office records, grossing $1.3 billion worldwide.

“I think it’s something that we were aware that was bubbling,” Kaluuya says, when asked if knew how big “Black Panther” would be. “There was one day, we did the waterfall scene, and obviously in between takes, everyone just stays on set, and there were hundreds of people on set. And we had actual drummers in between the takes. They would play the beat for Snoop Dogg’s ‘Drop It Like It’s Hot.’”

Kaluuya remembers how everyone on the set suddenly came together. “And then everyone would go ‘Snoop!’” Kaluuya says. “Like, hundreds of people would literally do that, and when I saw that, I was like — yeah, this isn’t going to be quiet. There was just an energy. Everyone was so privileged to be part of this moment.”

“It felt like a moment,” Kaluuya adds. “We’re able to show this world in a way that we see us, and it being a Marvel film. You’re bringing something into the world that doesn’t exist, and that’s just really difficult because there’s no blueprint, there’s no template. And there’s some pains in doing that. But when people receive it and people take it as their own, and kids and families are going dressed to the cinemas, it makes everything worth it.”

For our full interview with Kaluuya and Holland, click here, and watch the full conversation below.