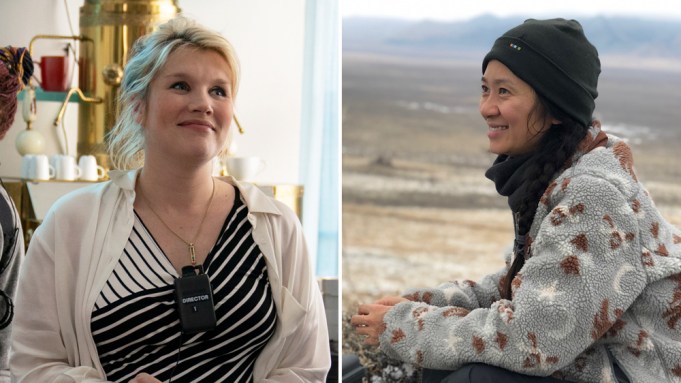 During a historic year for diversity in the acting categories at the Oscars, the Academy has also made history by nominating two women in the directing category for the first time ever: Chloé Zhao for “Nomadland” and Emerald Fennell for “Promising Young Woman.”

Zhao and Fennell will compete against David Fincher (“Mank”), Lee Isaac Chung (“Minari”) and surprise nominee Thomas Vinterberg (“Another Round”). Both Aaron Sorkin (“The Trial of the Chicago 7”) and Regina King (“One Night in Miami”) had also been strong contenders in the category, but were not nominated.

Zhao, who has been the most-awarded filmmaker in a single awards season, is likely the frontrunner in the category, telling the story of “Nomadland’s” Fern (Oscar-nominated Frances McDormand), a fractious widow barely getting by who drives a van around the United States, taking odd jobs and meeting other nomads along the way (many of whom are played by nonprofessional actors).

Fennell, a first-time director, is a double nominee for “Promising Young Woman” — she was nominated for original screenplay as well. In a cover story about “Promising Young Woman” for Variety, Fennell said she knew she wanted to direct when she began “screenwriting in earnest,” because she found it hard to describe exactly what she meant tonally, and found that having created a world in her writing, she had the desire to “deliver that world, and make it fully realized” on-screen.

At last year’s Oscars, the Academy failed to nominate Greta Gerwig for “Little Women,” Lulu Wang for “The Farewell” or Marielle Heller for “A Beautiful Day in the Neighborhood,” causing an outcry, and calls for change after what had been a landmark year for women directors in 2019.

Bigelow is the sole woman to win best director in the Oscars’ 92-year history.