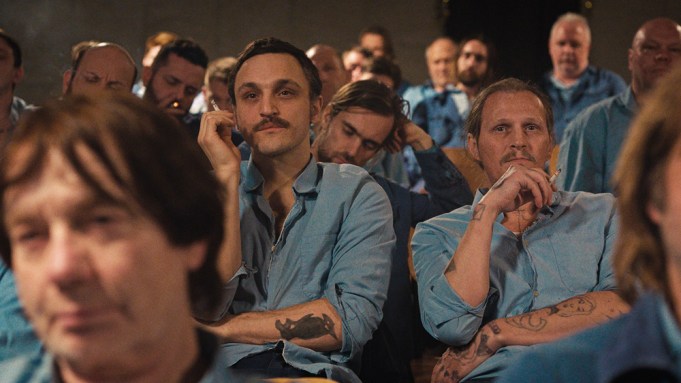 Leading arthouse sales company The Match Factory has pre-sold Austrian director and screenwriter Sebastian Meise’s second feature “Great Freedom,” which plays in Un Certain Regard at Cannes on Thursday, to Paname Distribution in France. The Match Factory has debuted the teaser and the poster for the film, which was created by Vasilis Marmatakis, the designer of the artwork for Yorgos Lanthimos’ films.

The film is set in post-war Germany, where Hans is imprisoned again and again for being homosexual. Due to paragraph 175 of the penal code his desire for freedom is systematically destroyed. The one steady relationship in his life becomes his long-time cell mate, Viktor, a convicted murderer. What starts as revulsion grows into something called love.

In his director’s statement, Meise said: “Imagine a world where love is forbidden by law and punished with imprisonment. What sounds like a dystopia was reality for gay men in Germany till the late 1960s.”

He added: “Our main character, Hans, exemplifies the many fates of men who ended up in prison over and over again, whose lives and relationships were destroyed, and whose stories disappeared in the files of bureaucracy. Hans’ story is told based on his imprisonments. The walls and bars become a recurring constant that turns into a never-ending time loop. Hans can’t stop being who he is. He needs to continue because love is the essence of human nature. His very existence is rebellion.”

On the relationship between Hans and Viktor, he said: “In a tentative rapprochement, these two men, who could not be more different, learn to respect each other and eventually become confidants. Over the decades, an unexpected intimacy grows between them, and in the end they find themselves in a relationship that eludes definition. These two men, who are stigmatized for life, meet in their longing for love and freedom. A longing that, however strong the oppression may be, will always find a way.”

The screenplay is by Thomas Reider and Meise. The producers are Sabine Moser, Oliver Neumann and Benny Drechsel.