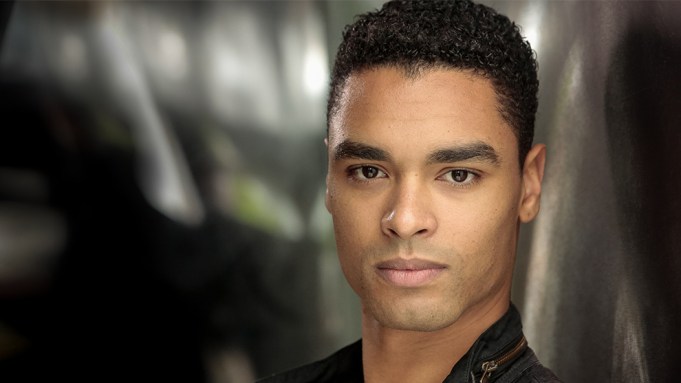 Regé-Jean Page has nabbed a leading role in the film adaptation of “Dungeons & Dragons,” Variety has confirmed.

The fantasy adventure will be Page’s follow-up to his breakout role in Netflix’s “Bridgerton,” on which he causes hearts to flutter, corsets to loosen and generally monopolizes the lusts and affections of a broad swath of Regency-era England as the Duke of Hastings, a slightly rakish, very rich and extremely eligible bachelor. The show has been a water cooler sensation and was streamed on 82 million accounts, a record for Netflix. Page also recently announced he will host “Saturday Night Live.” This month, he was nominated for a Screen Actors Guild Award for his work on “Bridgerton.”

In “Dungeons & Dragons,” an adaptation of Hasbro’s venerable game franchise, he joins a cast that includes Chris Pine, Michelle Rodriguez and Justice Smith. Johnathan Goldstein and John Francis Daley, who previously partnered on the scripts for “Spider-Man: Homecoming” and “Horrible Bosses,” will direct and write the script based on a draft by Michael Gilio. Hasbro/eOne and Paramount are jointly producing and financing the film, with eOne distributing in the U.K. and Canada, and Paramount distributing across the rest of world.

“Dungeons & Dragons” has been an institution for more than four decades, spawning video games, an animated television show, and a few movies of negligible quality. Now, it’s getting the major studio film treatment after a few false starts.

Page’s other credits include a role on the ABC legal drama “For the People,” as well as supporting turns in “Mortal Engines” and “Sylvie’s Love.” Page is represented by CAA, the U.K.’s Artists Partnership and Ziffren Brittenham.