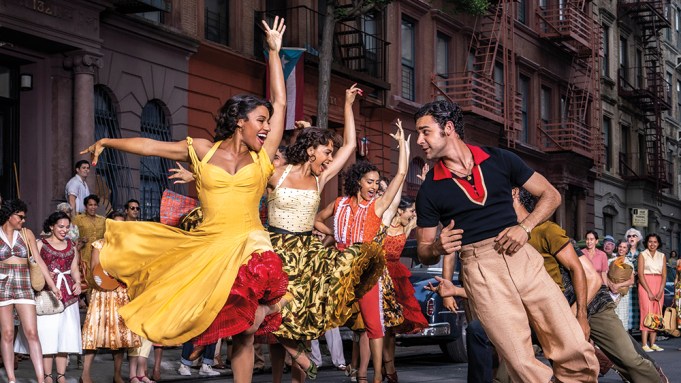 Steven Spielberg’s long-delayed “West Side Story” remake collected $800,000 in previews on Thursday night. Even with a slower start, the musical is expected to pirouette to the top of box office charts this weekend.

The Disney and 20th Century Studios film is expected to generate $10 million to $15 million in theaters. Ticket sales on the higher end of that range wouldn’t be terrible by COVID-19 standards because movie musicals, as well as films targeting adult audiences, have been struggling at the box office. Anywhere in the lower end, however, would be less than dazzling since the movie cost $100 million to produce and millions more to promote.

Glowing reviews could boost turnout for “West Side Story,” though it would defy recent trends that have seen song-and-dance spectacles flounder. As of late, movie musicals, like “Cats” ($6.6 million debut), “In the Heights” ($11.5 million debut) and “Dear Evan Hansen” ($7.4 million), haven’t been connecting with cinemagoers. It’s not only audiences’ ambivalence toward movie musicals that could put a damper on ticket sales; COVID-19 has continued to depress attendance, and concern about the omicron variant could be another drag on revenues.

However, “West Side Story” could benefit from name recognition. It’s based on one of the most cherished musicals in theater history and boasts Hollywood’s most successful filmmaker in Spielberg. Box office experts believe “West Side Story” should also get a boost from its holiday release date — as long as upcoming tentpoles, such as “Spider-Man: No Way Home” (Dec. 17), “The Matrix: Resurrections” (Dec. 22) and “Sing 2” (Dec. 22), don’t hog the attention on movie theater marquees. Films that open in December rarely have huge debuts; however, they often play in theaters for weeks because the stretch between Christmas and New Years is a popular time to go to the movies. Awards season pundits believe “West Side Story” could be a formidable Oscar contender, which could help the movie stick around on the big screen.

Adapted from the 1957 Broadway show, “West Side Story” was written by “Angels in America” playwright and frequent Spielberg collaborator Tony Kushner. The Shakespearean story centers on star-crossed lovers Tony and Maria (portrayed by Ansel Elgort and newcomer Rachel Zegler) whose romance fuels rival street gangs, the white Sharks and the Puerto Rican Jets. The cast also includes Ariana DeBose as Anita, David Alvarez as Bernardo, Mike Faist as Riff, and Rita Moreno (who won an Oscar for portraying Anita in the 1961 adaptation) as Valentina.

Also new to theaters this weekend, the STX sports drama “National Champions” is playing in 1,100 locations in North America. The film, starring Stephan James, J.K. Simmons and Lil Rel Howery, centers around a star college football player who ignites a strike until student-athletes are fairly compensated.