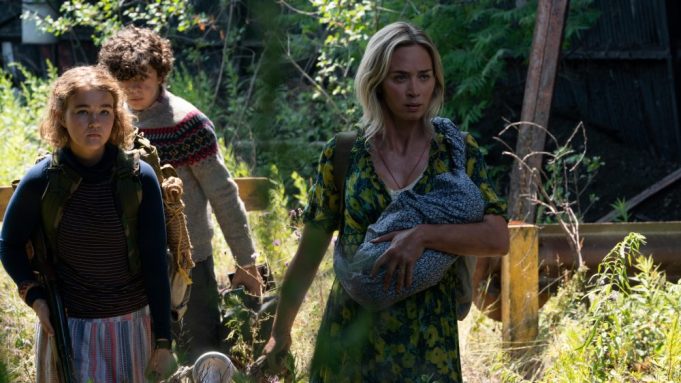 The movie business is breathing a little easier after Paramount’s “A Quiet Place Part II” roared to $57 million over the Memorial Day Weekend. It’s a sign that cinemas are back after more than a year of pandemic era closures, capacity restrictions, and skittish customers.

But the public health situation is changing dramatically, at least in this country, and that’s fueling optimism among exhibitors and studios. More than 60% of U.S. adults have had a least one shot of the vaccine and there is even some research that suggests 70% of Americans could be vaccinated by the summer. Last week, AMC, Regal and Cinemark announced that they will no longer require fully vaccinated guests to wear face masks.

What makes “A Quiet Place Part II’s” results particularly notable is that they are roughly in line with what the movie was projected to make prior to the pandemic. That, of course, didn’t play out according to plan. The sequel was originally set to open in March of 2020, but COVID-19 scrambled those ambitions. The initial film in the horror franchise, “A Quiet Place,” opened to $50 million in 2018. Of course, the profit margins will be a bit different. The first film cost a mere $17 million to make; its follow-up has a $61 million budget. John Krasinski returned to direct the sequel, with Emily Blunt, Noah Jupe and Millicent Simmonds reprising their roles. Djimon Hounsou and Cillian Murphy round out the cast. “A Quiet Place Part II” was shown in 3,726 theaters.

“We’re happy for the industry,” said Chris Aronson, Paramount’s distribution chief. “We’re happy for movie theaters. This is a referendum on the future of moviegoing, so there’s a lot to celebrate.”

Disney’s “Cruella,” an attempt to explain what made a certain puppycidal maniac lust for Dalmatian fur, opted for a hybrid release strategy. It’s available to rent on Disney Plus for $30 and is also screening in 3,892 theaters. The film, which stars Emma Stone as the title character and is set in the fashion world, is expected to open to $26.5 million over the four-day holiday, a solid result considering the unorthodox rollout.

Lionsgate’s “Spiral,” a reboot of the “Saw” franchise that stars Chris Rock and Samuel L. Jackson, nabbed third place with $2.77 million, pushing its stateside total to $20.3 million after three weeks in theaters.

MGM and Miramax’s “Wrath of Man,” an action thriller that reunites director Guy Ritchie with his “Lock, Stock and Two Smoking Barrels” and “Snatch” star Jason Statham, captured fourth place on the domestic charts with $2.75 million. That brings its domestic haul to $22.8 million.

Disney’s “Raya and the Last Dragon” snagged fifth place with $2.7 million over the four-day holiday. That brings the animated fantasy adventure’s box office total to $51.6 million over its 13 weeks in theaters.

Internationally, “A Quiet Place Part II” grossed $22 million, with $14.9 million of that coming from China, where the thriller opened in third place.

Even though the movie business will take comfort from the holiday weekend’s results, the industry still faces serious headwinds. Some theater chains, such as the Alamo Drafthouse and Studio Movie Grill, are trying to reemerge from bankruptcy; others, such as AMC, have weathered the crisis, but still have a great deal of debt. Moreover, studios have used the pandemic to experiment with alternative distribution strategies. That’s led most companies, such as Disney, Warner Bros. and Paramount to signal they expect to shorten theatrical windows, industry-speak for the amount of time films are exclusively in cinemas. Instead of 90 days, they want to halve that window to 45 days. Will debuting films on home entertainment platforms earlier ultimately hurt the box office? That remains to be seen. Moreover, the movie business is global, and some parts of the world, including Canada where “A Quiet Place Part II” opened, are still in lockdown or struggling to control the virus. That will take a chunk out of films’ profits.

But, for a weekend, at least, a sector of the economy that hasn’t had a lot of good news, finally has a reason to be optimistic.

“In a lot of places, we are regaining a sense of normalcy in life,” said Aronson. “That means not just watching television endlessly. It means going out and experiencing things. And cinema is a special experience. It’s something that cannot be replicated or replaced.”