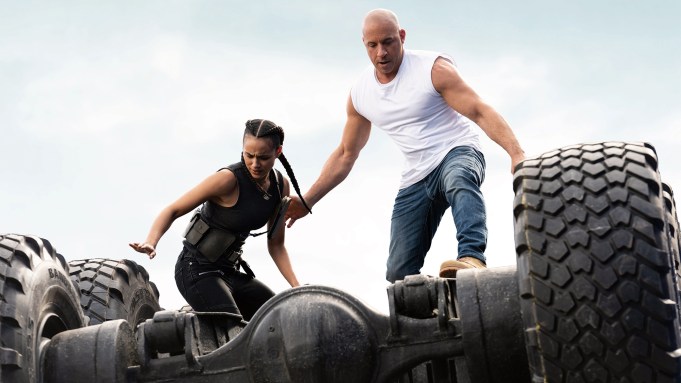 UPDATED: It won’t be a weekend for the record books, but this year’s July 4th holiday box office haul is a marked improvement on the 2020 edition.

The box office boost is thanks to a trio of new movies — the kid-friendly “The Boss Baby: Family Business,” the gruesome thriller “The Forever Purge,” and the satirical comedy “Zola” — each appealing to vastly different moviegoing audiences. Also propping up domestic grosses is several holdover titles, namely “F9: The Fast Saga” and “A Quiet Place Part II.”

Since the box office is still rebounding from COVID-19, this year’s Fourth of July weekend bounty is notably lighter than non-pandemic times. Without the volume of blockbusters that traditionally populate movie theater marquees during the summer, combined with the fact that 20% of U.S. theaters are still closed, overall revenues tallied just $69 million over the weekend. Historically, the holiday that celebrates all things America can bring in between $150 million and $200 million at the box office, according to Comscore. (The exception was 2020, a time in which the majority of moviegoing locations were shuttered and revenues barely reached $1.5 million across the country.) Even with COVID-era asterisks, the July 2 through July 4 period marked the third-best weekend of the pandemic, according to Comscore. The upward trend in ticket sales is one that the industry is hoping will continue with the release of Disney and Marvel’s superhero tentpole “Black Widow,” which opens on July 9 in theaters and on Disney Plus.

Despite the three new nationwide releases over the Fourth of July, “F9” again triumphed over the competition and notched first place on box office charts. The ninth entry in Universal’s “Fast and Furious” saga saw ticket sales decline 67% from its inaugural outing, amounting to $22.8 million over the weekend, which is standard for the franchise. “F9” should end Monday’s holiday with $30.1 million, which would boost its domestic tally to $123.2 million.

At the international box office, “F9” generated $23 million this weekend and $374 million to date, supplanting the Warner Bros. tentpole “Godzilla vs. Kong” as the highest-grossing Hollywood movie since the onset of COVID-19. With global revenues expected to cross $500 million on Monday, “F9” is one of only three films (and the only from a Hollywood studio) to exceed that benchmark since 2019.

In a rare feat, Universal Pictures held the top three spots on North American charts. In second place, the studio’s animated adventure “The Boss Baby 2” collected $16.04 in its first three days in theaters and is expected to finish the extended four-day weekend with $20.3 million in ticket sales. The follow-up film, featuring a voice cast of Alec Baldwin, James Marsden and Amy Sedaris, cost $82 million to produce.

Though “The Boss Baby: Family Business” marks a solid start for pandemic times, it’s a drastic decline from the first film. The 2017 movie “The Boss Baby” debuted to $50 million and ended its box office run with $175 million in the U.S. and $527 million globally. Unlike the original, “The Boss Baby 2” isn’t only available in theaters. It’s also playing on Peacock, the newly launched NBCUniversal online platform, in a bid to boost subscribers and compete against Disney Plus, HBO Max and Netflix in the streaming wars.

At the No. 3 spot, “The Forever Purge,” the latest installment in Universal and Blumhouse’s dystopian horror franchise, pulled in $12.48 million over the weekend and looks to post $15.66 million in revenues by Monday. While in line with industry expectations, those figures mark the lowest debut for the long-running and commercially successful R-rated series. “Purge” films typically open to $20 million to $30 million. Overseas, “The Forever Purge” generated $3.6 million from 22 international markets, bringing its global total to $16.3 million. Still, with a price tag of $18 million, “The Forever Purge” shouldn’t have much trouble turning a profit in theaters.

At the indie box office, A24’s acclaimed dark comedy “Zola” kicked off with a strong $1.07 million from 1,468 theaters. The movie, directed by Janicza Bravo and inspired by an epic Twitter thread about a road trip to Florida that takes a wild turn, opened on Wednesday and played to sold-out crowds at arthouse venues in New York, Los Angeles, Atlanta and Austin. Taylour Paige and Riley Keough star in the movie, which premiered at Sundance Film Festival in 2020. Sensing “Zola” would be an appealing big-screen draw, A24, the studio behind indie favorites such as “Lady Bird,” “Uncut Gems” and “Minari,” opted to delay the film’s theatrical release rather than debut it on video-on-demand platforms. A24, in note to press on Sunday, reported that arthouse theaters saw some of their best grosses of the year.

Another specialty title, Searchlight’s music documentary “Summer of Soul” has accumulated $610,000 from 752 theaters, averaging $811 per location. According to the studio, that’s the best initial showing for a documentary this year. Directed by Questlove of the Roots, the film takes a look back at the 1969 Harlem Cultural Festival. In addition to its theatrical release, the well-reviewed “Summer of Soul” also premiered this weekend on Hulu.

Elsewhere on box office charts, Paramount’s post-apocalyptic thriller “A Quiet Place Part II” grossed $4.07 million in its sixth weekend and is estimated to bring in $5.2 million through Monday. The film, starring Emily Blunt and directed by John Krasinski, has been a pandemic-era smash with ticket sales reaching $145.4 million.

Rounding out the top five is Lionsgate’s comedy action thriller “The Hitman’s Wife’s Bodyguard” with $2.94 million between Friday and Sunday. Through Monday, the sequel is projected to hit $4 million for a domestic total of $32.37 million.