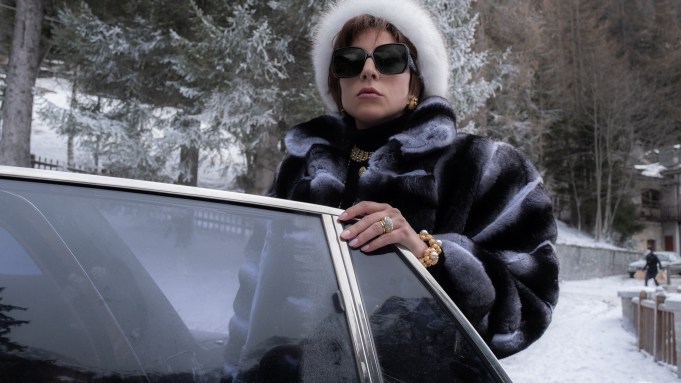 While the Thanksgiving box office will wind up totaling far less than previous years’ holidays, there were still plenty of viewers to go around between the weekend’s offerings. Disney’s “Encanto” will top the domestic box office for the weekend, while MGM’s “House of Gucci” has become one of the first adult dramas to draw a substantial theatrical audience during the pandemic era.

Disney’s “Encanto” had been projected to lead the box office heading into the holiday weekend. The animated adventure took in $11 million on Black Friday from 3,980 locations and is headed towards a $43.3 million five-day total.

That’s a far smaller total than recent Thanksgiving windows for Disney. It’s become holiday tradition for the studio to drop an animated movie in November to leg it out over the five-day weekend, releasing films like “Frozen II” ($130 million) “Ralph Breaks the Internet” ($84 million) and “Coco” ($72 million). While “Encanto” isn’t putting up numbers like that, its current performance is still quite remarkable, as family films have largely underperformed at the box office during the pandemic era. With little animated competition on the immediate horizon, “Encanto” should continue to perform well in the weeks to come.

With original music from “Hamilton” creator Lin-Manuel Miranda, “Encanto” focuses on a family living in the mountains of Colombia. Each member possesses special powers, except for Mirabel (Stephanie Beatriz). But when Mirabel discovers that their town may be in danger of losing all magic, it’s up to her to save her loved ones.

Meanwhile, the latest from Ridley Scott earned far more than diddly-squat. “House of Gucci” took in $5.73 million on Friday from 3,477 locations. The sprawling crime drama is projected to earn $21.8 million over the five-day holiday weekend.

Releases aimed at older viewers have struggled during this recent period of box office regrowth. As some pandemic restrictions have been lifted, the ticket buyers eager to return to movie theaters have trended younger. However, the same story can’t be said of “House of Gucci,” as the MGM release’s performance cements the box office appeal of Lady Gaga, three years after the resounding success of her 2018 vehicle “A Star Is Born.”

Starring Gaga and Adam Driver as Patrizia Reggiani and Maurizio Gucci, “House of Gucci” chronicles the years leading up to Reggiani’s assassination plot against the Gucci heir. Though the film has received mixed reviews, Variety‘s Owen Gleiberman called it “an icepick docudrama that has a great deal of fun with its grand roster of ambitious scoundrels” and “never less than a straight-faced and nimbly accomplished movie.”

“Ghostbusters: Afterlife” took the runner-up slot, with Sony projecting a five-day total between $35 and $38 million. The comedy revival topped the domestic box office in its debut last weekend, earning $44 million. Sony’s strategy of opening “Afterlife” slightly before Thanksgiving to stir up solid word-of-mouth ahead of the holiday seems to have proven fruitful. The film will expand its domestic cume to about $88.5 million after Sunday, well on its way to surpassing the $100 million mark.

Marvel’s “Eternals” will take fourth with a projected five-day total of $11 million. The superhero film’s domestic gross could surpass the $150 million mark by Monday.

Screen Gems and Constantin Film’s new reboot “Resident Evil: Welcome to Raccoon City” will round out the five-day weekend’s top five with a projected $8.7 million. The video game adaptation possesses a modest budget of $25 million, so there were no expectations for the film to dice up its competition. Additionally, Paul W.S. Anderson’s original “Resident Evil” series found most of its relevance with international audiences — the final 2017 entry did more than 90% of its business overseas — so the success of “Welcome to Raccoon City” will likely be written outside the domestic box office.

In other news regarding directors named Anderson, MGM and United Artists Releasing began their roll-out of “Licorice Pizza.” The San Fernando Valley-set comedy earned $141,000 on Friday from a mere four locations. That works out to a spectacular $35,000 per-theater average for Paul Thomas Anderson’s latest. In only one day, the release has shattered the previous record for the pandemic era’s best per-theater average, beating out another Anderson with Searchlight Pictures’ “The French Dispatch” ($25,000 per theater) as well as Mike Mills’ “C’mon C’mon” ($26,889 per theater).

On the prestige scene, Focus Features expanded Kenneth Branagh’s drama “Belfast,” roughly doubling its theater count to 1,128. The film is projected to earn $1.29 million over the five-day weekend. While “Belfast” is seen as a major force in this year’s Oscar race, positive buzz isn’t necessarily translating to impressive box office numbers. Other prospective awards players like Neon’s “Spencer” have been met with a similar fate.

Similarly, A24’s expansion of “C’mon C’mon” from five to 100 locations is returning similarly muted numbers. The Joaquin Phoenix-starring drama is projected to earn $252,000 over the three-day weekend, roughly doubling its debut gross.