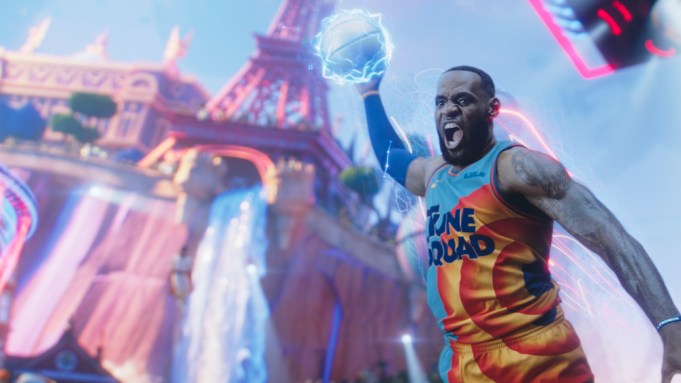 Movie theater owners had hoped that shots in the arms and declining COVID rates would lead to a box office revival this summer.

Those dreams may be deferred, at least for a few more months. Instead, the movie theater industry is spending the second half of popcorn season, the term for the escapist fare that pops up in multiplexes from May through August, grappling with an all-too-real situation. A worsening public health picture — one exacerbated by anti-vaccine conspiracy theories — and a maze of day-and-date distribution strategies that appear to be cannibalizing ticket sales, are raising questions about the viability of a theatrical comeback.

Both Disney’s “Black Widow” and Warner Bros.’ “Space Jam: A New Legacy” suffered steeper-than-normal declines in their second weekends of release, with revenues falling more than 70% after opening to stronger-than-expected results. In a sign of the new world order, “Black Widow” debuted simultaneously in theaters and on Disney Plus, where it was available to rent for $30. The “Space Jam” sequel was showing in cinemas at the same time it was streaming for free on HBO Max.

“The avid moviegoers who want to go to the movies are coming back,” notes Eric Handler, an exhibition industry analyst with MKM Partners. “But the ramp up from here looks like it’s going to be slower than we hoped.”

Handler notes that less passionate cinephiles had no trouble skipping theaters, opting instead to shell out a few bucks to watch Scarlett Johansson’s Natasha Romanoff save the world from the comfort of their living rooms or pony up the cost of an HBO Max subscription in order to catch LeBron James team up with Bugs Bunny. That choice may be getting easier to make as COVID rates climb back up and the Delta variant causes a handful of breakthrough infections in vaccinated groups. In a recent survey of consumers by the National Research Group, 74% of respondents indicated that they’re comfortable going to the movies — a five-point drop in just the past week and the worst result since early June. Nearly half of the people who were uncomfortable returning to cinemas cited anxiety over COVID-19 variants as the primary cause.

But concerns over the coronavirus’ transmissibility isn’t the only reason for the box office doldrums. Less scrupulous consumers are turning to piracy to access new releases — the availability of “Black Widow” on video on demand, for instance, also caused a surge in illegal downloads of the Marvel film, just as it did previous day-and-date blockbuster releases from Disney Plus and HBO Max.

“There’s clearly a lot of cannibalization going on,” says Handler. “You’re not just seeing it in movies’ second weeks. It’s hurting the opening numbers, too.”

All of this uncertainty has left exhibitors concerned and angry at studios for continuing to tinker with distribution strategies after the worst of the lockdowns are seemingly over. A week ago, the National Association of Theatre Owners minced no words, releasing a statement that slammed Disney’s decision to offer “Black Widow” on demand at the same time it was showing in cinemas. The group, which acts as the main lobbying arm of theaters and thus has a dog in this fight, claimed that Disney sacrificed box office revenues and imperiled its home entertainment profits by front-loading them.

“The many questions raised by Disney’s limited release of streaming data opening weekend are being rapidly answered by ‘Black Widow’s’ disappointing and anomalous performance,” NATO said. “The most important answer is that simultaneous release is a pandemic-era artifact that should be left to history with the pandemic itself.”

Industry insiders suggest the strategy is leaving money on the table because it’s preventing a movie from expanding beyond its core audience. There will always be audience members eager to visit their local theater, experts say, but it’s less likely to gain traction beyond those patrons when the same film is immediately available on the small screen. That’s doubly true when said movie has terrible reviews.

“The people who go the first weekend are the loyal fans,” says Peter Newman, a film producer and the head of Tisch School of the Arts’ MBA/MFA program. “That starts to decrease really rapidly after three days when people have choices and can watch it at home. It becomes less compulsive to go see it in theaters.”

In other words, Marvel enthusiasts turned out early to witness Black Widow’s rise to Avenger status, and those who grew up with the original “Space Jam,” starring Michael Jordan, on loop were eager to watch the latest version with their kids. Otherwise, the moviegoing masses opted to watch from their couch — or skip them altogether.

That’s not to say movies that are only playing in theaters have sterling track records. Recent exclusively theatrical releases, like Universal’s “F9” and Paramount’s “A Quiet Place Part II,” didn’t have particularly heroic second weekends (the former declined 67% from its inaugural showing and the latter dropped 59.5%). However, they’ve subsequently held steady and stand as the top-grossing movies of the year in North America. Heading into their respective second weekends of release, early tracking for “Black Widow” and “Space Jam 2” were expected to have stronger holds because films geared toward family crowds had been performing well on the big screen. Yet for both of those titles, that wasn’t the case, and ticket sales plummeted more dramatically than expected.

“With the exception of ‘F9’ and ‘A Quiet Place Part II,’ it seems like a pattern is emerging,” Newman says. “High-visibility movies have big openings and massive drops if they’re available on some form of video on demand that week.”

In the new distribution landscape that Newman describes, consumers may have more options for how they can watch the latest Hollywood blockbusters. But for cinemas, desperate for a box office rebound, all those choices are taking a big bite out of their profits.