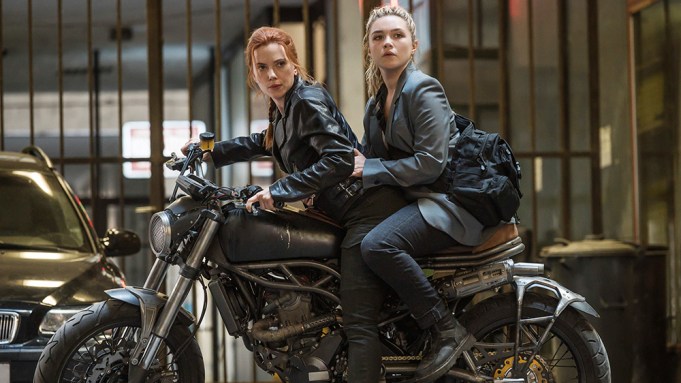 The legal and public relations battle between Scarlett Johansson and the Walt Disney Company escalated on Friday morning as the actress’ talent agency rose to her defense and slammed the media conglomerate for leaking her salary in “an attempt to weaponize her success as an artist and businesswoman.”

The move comes less than 24 hours after Johansson stunned Hollywood by filing a breach of contract suit against Disney over the company’s decision to release “Black Widow” simultaneously on Disney Plus and in theaters.

“I want to address the Walt Disney Company’s statement that was issued in response to the lawsuit filed against them yesterday by our client Scarlett Johansson,” Bryan Lourd, co-chairman of the Creative Artists Agency, said in a statement. The agent, one of the foremost power brokers in the film industry, was incensed that Disney implied the actress was disregarding the impact of a global pandemic on the entertainment business.

“They have shamelessly and falsely accused Ms. Johansson of being insensitive to the global COVID pandemic, in an attempt to make her appear to be someone they and I know she isn’t,” Lourd said.

Lourd went on to note that Johansson has appeared in nine Disney and Marvel movies, which he said have earned the company billions of dollars in ticket sales.

“The company included her salary in their press statement in an attempt to weaponize her success as an artist and businesswoman, as if that were something she should be ashamed of,” Lourd added. “Scarlett is extremely proud of the work that she, and all of the actors, writers, directors, producers, and the Marvel creative team have been a part of for well over a decade.”

“Disney’s direct attack on her character and all else they implied is beneath the company that many of us in the creative community have worked with successfully for decades,” Lourd added.

Johansson earned $20 million to appear in “Black Widow,” a spinoff of the lucrative “Avengers” series, according to a statement released on Thursday by Disney. However, the actress’ legal team is arguing that the company’s decision to make the film available to rent for $30 on Disney Plus depressed the overall box office results, costing the actress tens of millions in potential bonuses that were tied to ticket sales. They contend that Johansson was guaranteed an exclusive theatrical release in her contract, which Disney violated when it introduced a hybrid distribution plan. Disney hit back in unusually personal terms on Thursday, stating that the actress’s claims were “without merit.”

“The lawsuit is especially sad and distressing in its callous disregard for the horrific and prolonged global effects of the COVID-19 pandemic,” Disney’s statement read.

Johansson’s suit could inspire other actors in Disney films to engage in similar legal action against the company for sending movies to Disney Plus and forgoing a traditional release in cinemas.