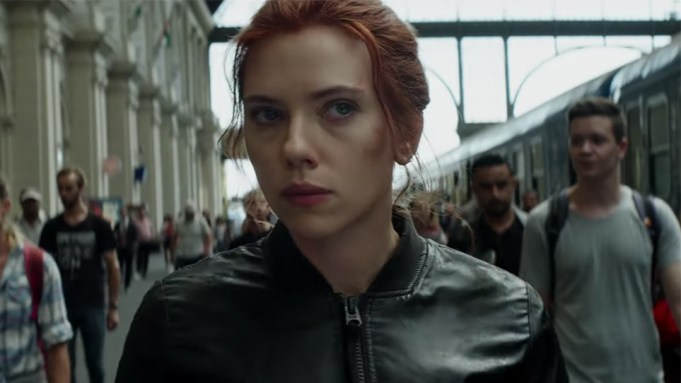 “Black Widow” is currently scheduled to open theatrically on May 7, which would make it the first blockbuster of 2021.

“We are still intending it to be a theatrical release,” Chapek said Thursday during Disney’s quarterly earnings call.

However, Chapek declined to clarify if “Black Widow” will release in May as planned, or if it will be delayed until the box office is less impaired. Marvel movies typically carry production budgets around $200 million (and many millions more to market globally), which makes it virtually impossible to turn a profit at a time when hardly anyone is going to the movies.

“We’re going to be watching very carefully the reopening of theaters and consumer sentiment on going back to theaters,” he added.

During the pandemic, Disney has made some bold moves to compensate for the closure of movie theaters. “Mulan” skipped U.S. theaters entirely and launched on Disney Plus for a premium price, while Pixar’s “Soul” premiered on the platform at no extra cost to paying customers. Both movies played in international cinemas, generating $69 million and $104 million, respectively. Those tickets sales are modest given the circumstances, but they’re a fraction of what the studio was expecting to collect when they were greenlit.

Chapek noted that “Soul,” a well-reviewed animated film, had a positive impact on Disney Plus’ subscriber acquisition and retention since launching on Christmas Day. The streaming service has reached 94.9 million customers worldwide as of Jan. 2, 2021. That’s up more than 8 million since last month on Dec. 2.

“[‘Soul’] was a big hit with our subscriber base,” Chapek said.

Admittedly, Disney will continue to experiment with release strategies until moviegoing recovers to a significant degree. Next month, the cartooned family film “Raya and the Last Dragon” is premiering simultaneously in theaters and on Disney Plus for an extra $30.