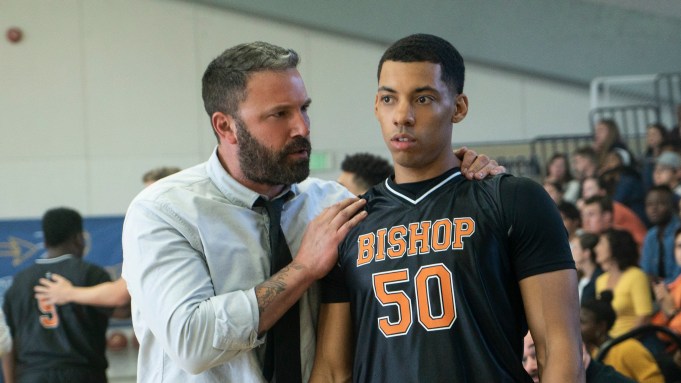 In “The Way Back,” Ben Affleck received some of the strongest acting reviews of his career for playing Jack Cunningham, a high school basketball coach who struggles with alcoholism. It was a part that hit close to home for Affleck, who is now sober.

“With a role like that, I am an alcoholic, so I understood to a certain extent the alcoholism,” Affleck says in a conversation with Sacha Baron Cohen for Variety’s Actors on Actors, presented by Amazon Studios. “This guy’s had a very different life from mine, but what was interesting about the story was I hoped people would find some catharsis in watching him go through something very difficult. I was concerned that I have to find ways to make this as realistic as possible.”

Baron Cohen starred in two movies last year — the Aaron Sorkin drama “The Trial of the Chicago 7,” where he plays ’60s activist Abbie Hoffman; and “Borat Subsequent Moviefilm,” where he reprises his box-office smash role of the gonzo Kazakh TV journalist.

During the conversation, Baron Cohen asks if Affleck drank during a montage scene where Jack gets plastered, standing in front of his refrigerator, chugging beers by himself.

“No, I was sober,” Affleck says. “It’s the value of research. Research your role.”

He was able to make subtle distinctions in Jack’s movements, though, based on his own experiences with alcoholism. “An actor who wasn’t an alcoholic or an addict would want to sort of illustrate it, show it, demonstrate it,” Affleck says. “And my experience — especially toward the end of the period of my time in my life when I was drinking — was that it was more drawn in, withdrawn, separate, isolating. And ritualistic and self-soothing, rather than what you think of as ‘drunkenness’ that you often see, which is crazy and out of control. The guy in there is withdrawing into himself.”

He adds, “It’s hard for people to watch. And for me, I was able to sort of tell my mind, I sort of felt drunk. I was sober, but you kind of go, ‘I remember that feeling. I know what this feels like. It’s this point.’ And then you’re just letting it go.”