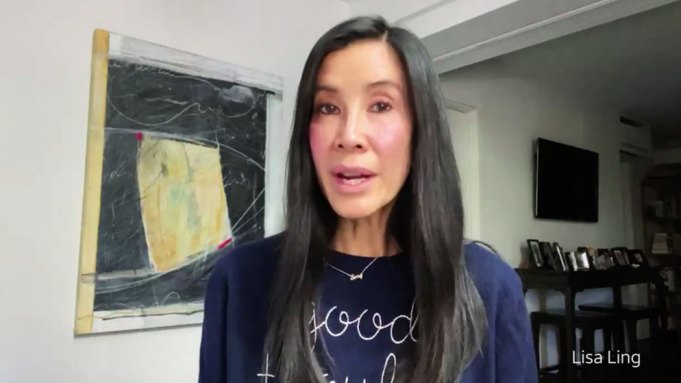 “Hate and discrimination have no place in our society. I am saddened by the recent incidents and my heart goes out to the AAPI community,” Corey Anthony, AT&T senior vice president and chief diversity and development officer, said while announcing the commitment. “AT&T has a responsibility to address equality issues that impact our employees and the communities we serve. We will continue to work on meeting the needs of those affected.”

Christy Haubegger, WarnerMedia’s EVP communications and chief inclusion officer, added: “As a company, WarnerMedia unequivocally stands with the AAPI community and all marginalized communities We acknowledge that racism and sexism often provide the foundation for hatred, inequality and violence—and these are systemic issues we must all fight.”

“We are creators and thinkers, and we understand our responsibility to help foster greater understanding and awareness, in both the content we create, and through our words and actions,” Haubegger continued.

Variety can exclusively unveil one of the public service announcements.

In the clip, Ling says, “Over the past year, my community, my friends, my family, and I,” as she’s joined by a chorus of voices, repeating the words “And I.”

“And I have seen a significant increase in hostilities against Asian Americans,” Chow continues.

As the talent and executives note the AAPI community and allies standing up against hatred and violence, Chu implores the viewer to, “Stop listening to hate.”

“Stop telling dehumanizing jokes,” Ma adds, as Lee and Cheng chime in, saying, “Stop stereotyping us” and “Stop erasing us.”

At the end of each PSA, viewers are given information about how they can make a $10 donation.

Last month, Haubegger shared how WarnerMedia was uniquely suited to help make a difference using their platform and artistic capabilities, when explaining the varied ways in which Hollywood could show up for AAPI communities.

“There is an incredible need to dimensionalize the portrayals of Asian Americans in this country, in terms of who gets to be a hero and who gets to be a romantic lead and all of those things,” Haubegger told Variety. “In some ways, the most important work we can do is actually in content and storytelling.”

She added: “Everybody can put out a message on social, everybody can donate, but what can we do uniquely? We can educate people, and inform people, and engender a sense of understanding and empathy that empowers people to actually act when they see this kind of activity happening in their community. That, for us, is the best and highest use of a media and entertainment company.”

The new PSAs will be shared throughout the day via the company’s cable, digital, streaming and social platforms, including Turner (TBS, TNT, truTV), HBO, CNN, Xandr, Rooster Teeth, Crunchyroll, and AT&T TV / DirecTV, as well as WarnerMedia’s social media and YouTube channels.

HBO’s “Lovecraft Country” star Jamie Chung will be taking over HBO Max’s social media channels for the day to share her experiences as a member of the AAPI community and how her heritage influences her work. Chung will also share information on resources and how to take action.

Chung recently opened up to Variety about society’s treatment of people of Asian descent, explaining why she’s speaking out.

“Xenophobia is nothing new. I have no doubt that there’s not one Asian American who has not heard, ‘Go back to your country,’” Chung told Variety’s Marc Malkin, in the days before the deadly shootings in Atlanta, Ga, where six Asian women were killed.

In the interview, Chung said she was willing and ready to call Hollywood out on its misrepresentation and stereotypical depiction of people of Asian descent and culture: “I don’t care what people think of me, what organizations like the Hollywood Foreign Press Association or the Oscars think of me. I don’t care anymore because these are things that really matter.”

The multi-platform campaign has launched in addition to AT&T and WarnerMedia’s previously announced pledges of support to organizations including AAJC, the Asian American Legal Defense and Education Fund, the Center for Asian American Media, and the Atlanta affiliate of Asian Americans Advancing Justice’s victims’ fund.

The corporations have also announced the employee contributions to these orgs and other valid charities will have their donation matched by WarnerMedia and AT&T up to $1,000 per eligible employee.

Internationally, AT&T and WarnerMedia are donating to Southeast and East Asian Centre (SEEAC) in the U.K., European Network Against Racism, and Australians Against Racism.

For more information on ways to support, visit the AT&T AAPI Stand for Equality website att.com/StopAsianHate.