Anthony Hopkins Felt His Father’s Presence While Making ‘The Father’ 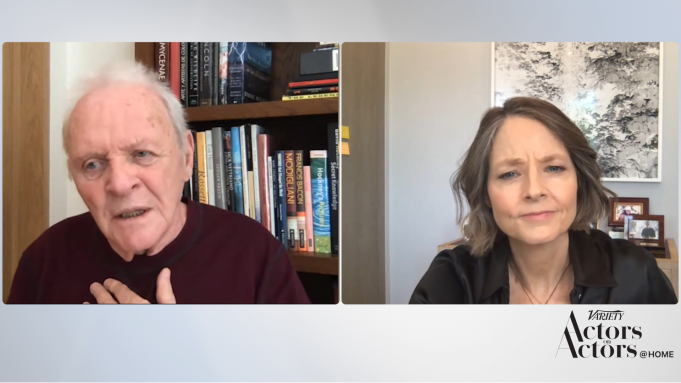 Anthony Hopkins is expected to be back at the Oscars this year — earning his sixth acting nomination — for his performance in Florian Zeller’s “The Father.”

In the drama, which will be released by Sony Pictures Classics on Feb. 26, 2021, Hopkins plays Anthony, a man struggling with dementia in the final years of his life. It was a role that deeply affected him, Hopkins told his “Silence of the Lambs” co-star Jodie Foster during a conversation for Variety‘s Actors on Actors series, presented by Amazon Studios.

“Sounds so cheesy, but it’s made me very aware now how precious life is, and how we contain ourselves within something so mysterious,” Hopkins says in the issue, on newsstands on Jan. 20. “To me, life is just sort of a dream. It’s an illusion. It’s got me conscious of something else. That life is much more powerful than we even begin to comprehend. There’s something so deep inside us that we don’t even begin to understand.”

Foster, who plays a defense attorney representing a prisoner in Guantanamo Bay in “The Mauritanian,” spoke about how her mother succumbed to dementia. Hopkins said that neither of his parents suffered from losing their memory, but he still felt flickers of his father — Richard Arthur Hopkins, who worked as a baker — while he was portraying Anthony.

“What struck me was my own father was in me,” Hopkins says of a scene that early in the film, where Anthony argues with his daughter Anne (played by Olivia Colman). “I’m always on to her, nagging at her. My father was like that as he was dying, because he was frightened. He was afraid. Not mean, just irascible, scared.”

“And it’s painful to see that,” Hopkins continues. “And you think of the hopelessness, the emptiness, the sadness of it all, and knowing none of us get out of this alive.”

For more from Variety‘s Actors on Actors conversation with Hopkins and Foster, click here, and watch the full video below.